05 NOVEMBER 2004 - MEXICO CITY, MEXICO: A woman lights a votive candle to Santa Muerte (Saint Death) in Iglesia de la Piedad (Mercy Church) in the Tepito section of Mexico City. She is a member of the Traditional Catholic Church Mex-USA, the official name of the St. Death religion, for eight years. St. Death is venerated throughout Mexico and Mexican communities in the United States. The veneration of St. Death started in Mexico's prisons about 10 years and has since spread through working class neighborhoods in many Mexican cities. The worship St. Death was recognized as an official religion by the Mexican government in 2003. The Catholic Church in Mexico is opposed to the worship of St. Death and has held rallies and prayer vigils against the Saint. The small church in Tepito is frequently swamped with visitors and the religion has spread quickly through the tough, drug and crime plagued neighborhood, widely considered the most lawless in Mexico City. PHOTO BY JACK KURTZ 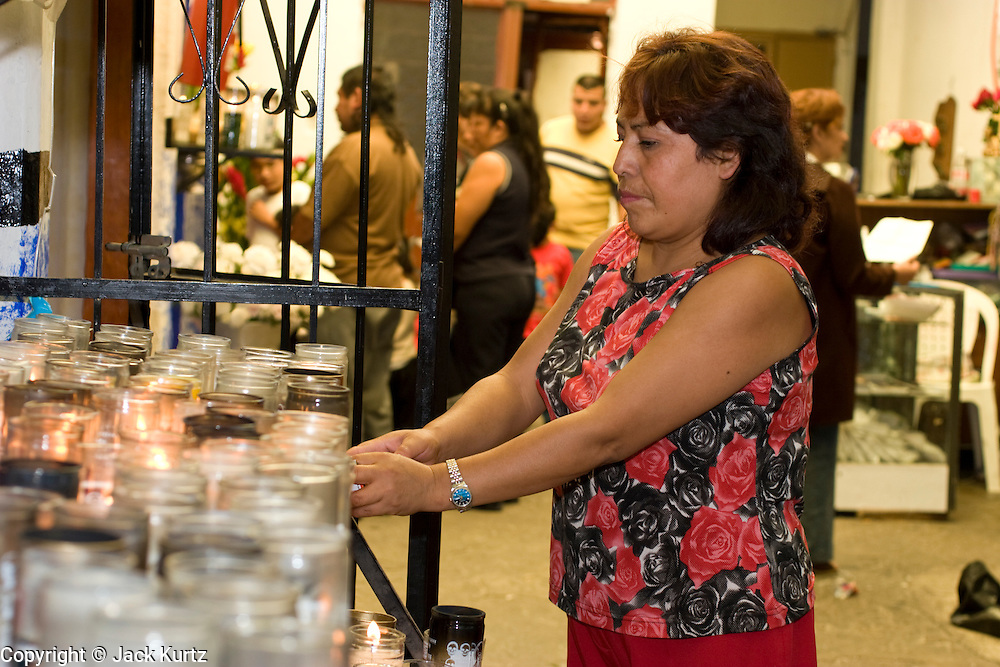