10 MAY 2019 - DAVENPORT, IOWA: A pair of Canada Geese swim up a flooded street in Davenport. The Davenport riverfront and downtown flooded on 30 April 2019 when a levee on the Mississippi River failed, allowing the river to flow into Davenport. Parts of downtown are still flooded, nearly two weeks after the levee failed. The river crested at 22.7 feet above flood stage, setting a new record. The previous highest flood stage was 22.63, set in 1993. PHOTO BY JACK KURTZ 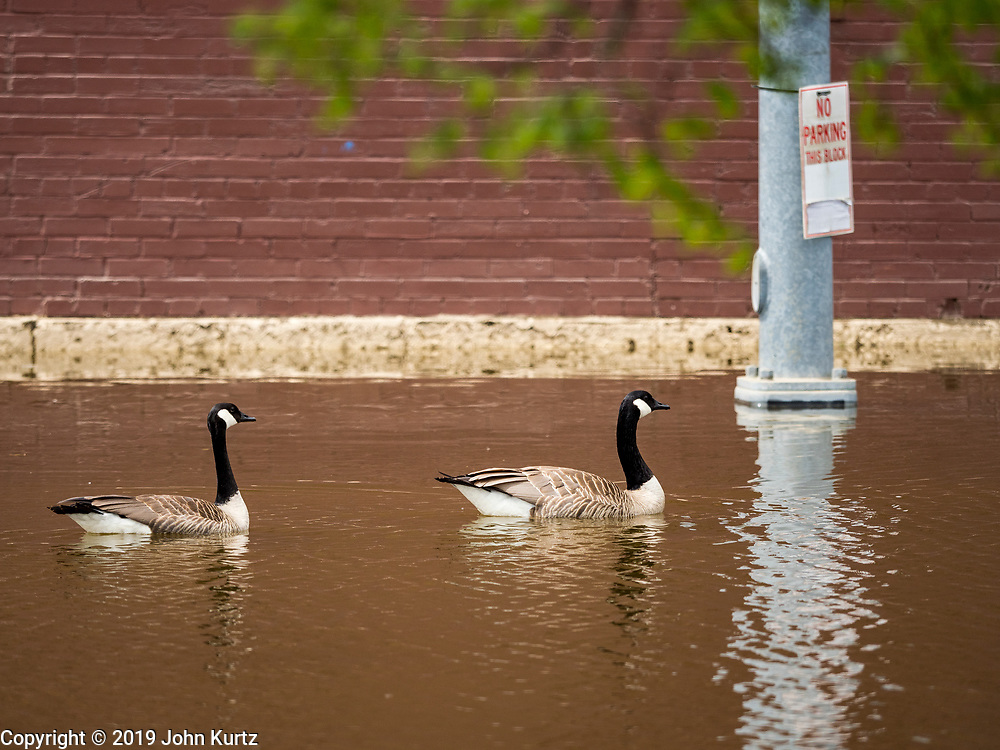