23 JANUARY 2011 - PHOENIX, AZ: THOMAS J. OLMSTED, Bishop of the Phoenix Diocese of the Roman Catholic Church leads the March for Life through Phoenix, AZ, Sunday. About 500 people participated in the pro-life march and rally, which marked the 38th anniversary of the US Supreme Court's Roe vs. Wade decision, which legalized abortion in the United States. Olmsted entered the national spotlight on the abortion issue after he ex-communicated a Catholic nun who authorized an abortion to save a woman's life at a Catholic hospital in Phoenix. When the hospital management supported the nun, Olmsted stripped the hospital of its Catholic status. PHOTO BY JACK KURTZ 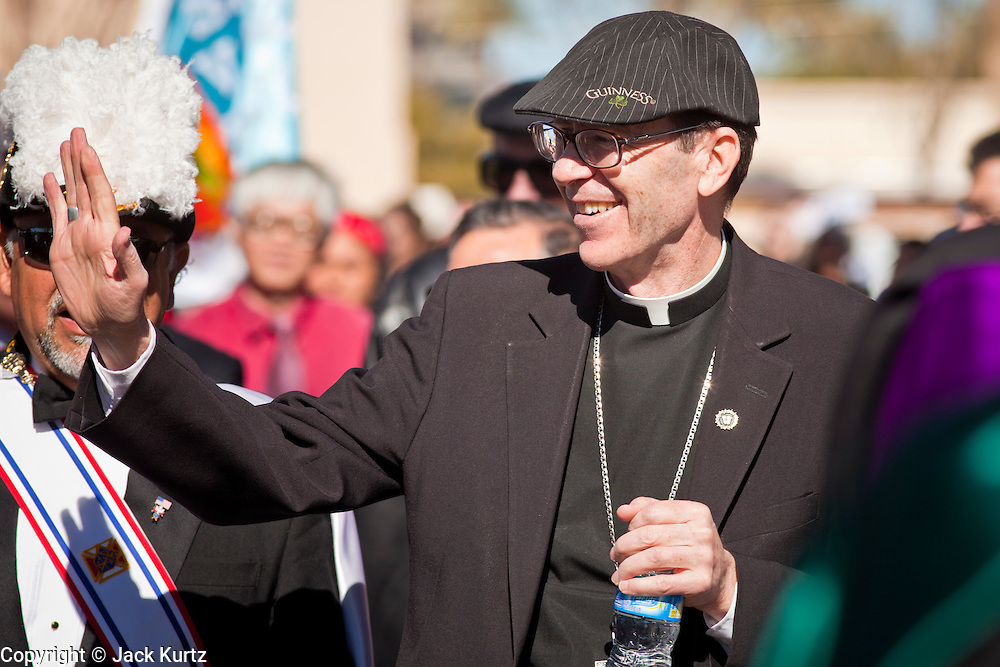