15 AUGUST 2011 - PHOENIX, AZ: The backyard of the home that Ame Deal, a 10 year old girl allegedly murdered by her family when she was locked in a footlocker, lived in in Phoenix, AZ. Phoenix police homicide investigators have arrested four people in connection to the death of the 10-year-old girl whose body was found inside a box on July 1, 2011. Police originally thought a game of hide-and-seek had turned deadly but now say family members fabricated the story. During the initial investigation, the family had told police that Ame Lynn Deal and other children were playing hide-and-seek and they believed that Ame must have climbed into the storage box to hide and had accidentally suffocated. According to Sgt. Trent Crump with the Phoenix Police Department, investigators determined that Ame was forced into the footlocker-type box as punishment for stealing a Popsicle from the refrigerator. The box was padlocked and Ame was left in it overnight at her home near 35th Avenue and Broadway Road. She was found dead the following morning. Crump said Ame was forced to do backbends for several hours prior to dragging the chest inside the house herself. He described the box as 31.5 inches in length, 14 inches wide and 12.25 inches deep. At the time of her death, Ame was 4 feet 2 inches tall and weighed 60 pounds. Ame's family members regularly locked her in the box as discipline for poor behavior, according to Crump. There were allegations that she was fed hot sauce, deprived of food and beaten with a board over the past few months. He said when Ame wouldn't pick up dog feces, it was rubbed on her and she was forced to eat it. "This child died at the hands of those who were supposed to love and care for her... this case has turned the stomachs of some of our most seasoned detectives," Crump said. John Allen and his wife, Samantha Allen, both 23, confessed to placing and padlocking Ame in the box on July 12. They were left in charge of Ame that night. They were charged with firs 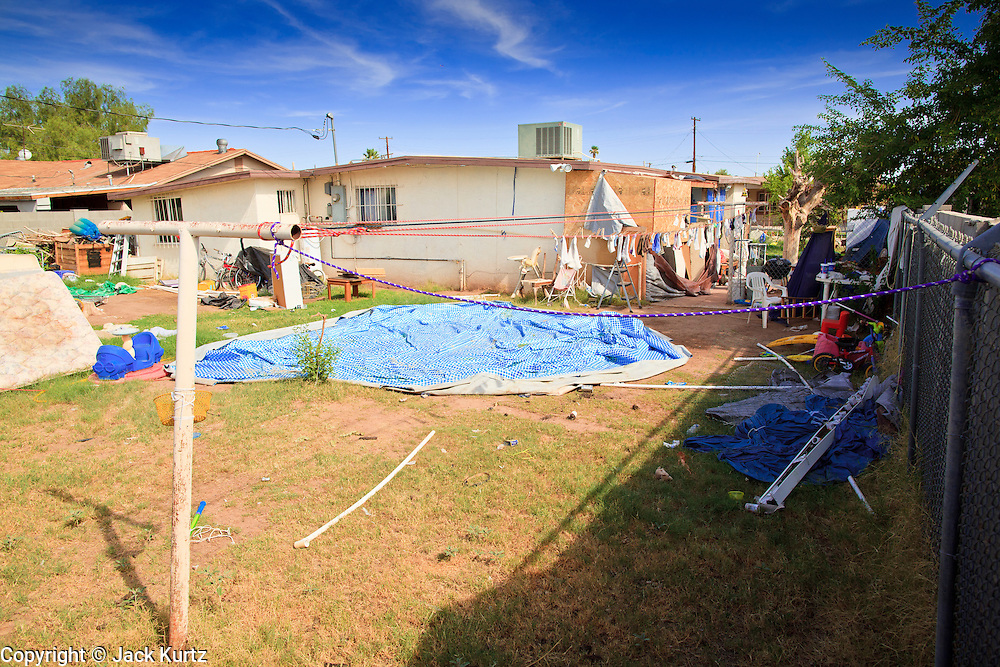