22 OCTOBER 2011 - PHOENIX, AZ: Protesters with Occupy Phoenix form a human chain to block access to counter protesters in Phoenix Saturday. The demonstrations at Occupy Phoenix, AZ, entered their second week Saturday. About 50 people are staying in Cesar Chavez Plaza, in the heart of downtown. The crowd grows in the evening and on weekends. Protesters have coordinated their actions with police and have gotten permission from the city to set up shade shelters and sleep in the park, but without tents or sleeping bags, which is considered "urban camping," instead protesters are sleeping on the sidewalk. PHOTO BY JACK KURTZ 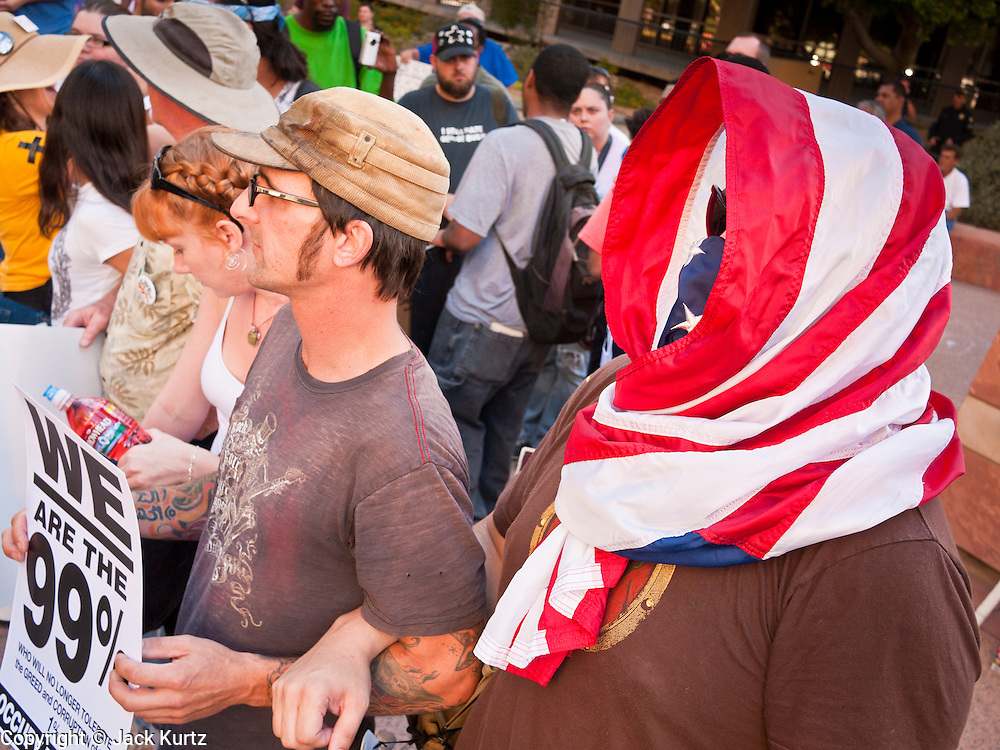