01 FEBRUARY 2014 - BANGKOK, THAILAND: Anti-government protestors dance to Thai country music in the Chinatown section of Bangkok. The anti-government protest movement, led by the People's Democratic Reform Committee (PDRC) organized a march through the Chinatown district of Bangkok Saturday and disrupted the city's famous Chinese New Year festival. Some streets were blocked and protest leader Suthep Thaugsuban walked through the neighborhood collecting money. Suthep and other protestors wore red Saturday in honor of Chinese New Year. Normally the anti-government protestors wear yellow (the color of the King) or anything but red, which is the color worn by the Red Shirts. The march was in advance of massive protests the PDRC has promised for Sunday, Feb. 2 in an effort to block Thais from voting in the national election. PHOTO BY JACK KURTZ 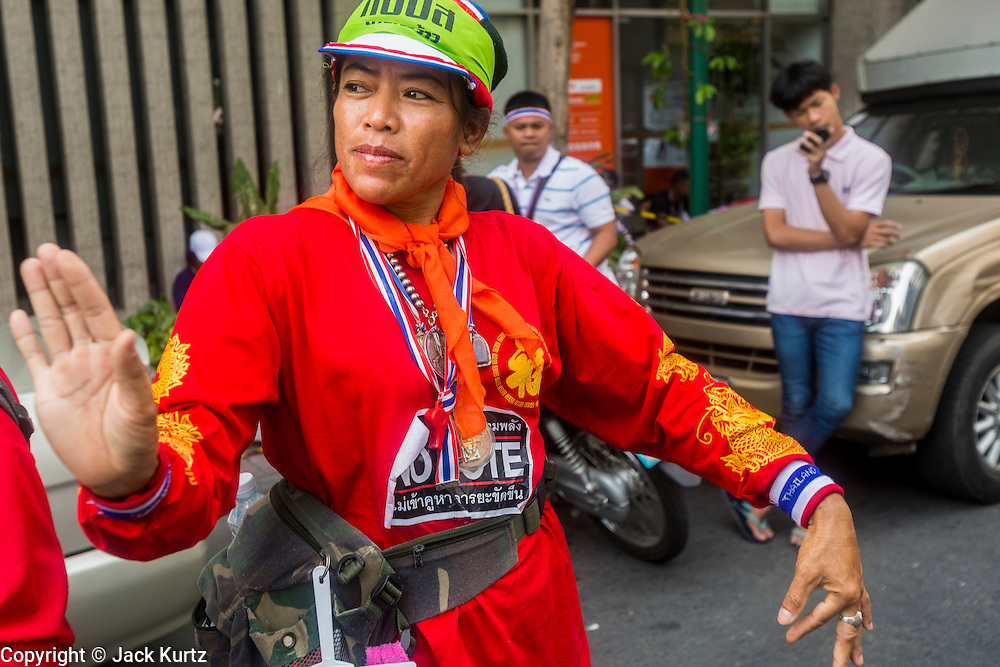