July 13, 2008 -- PHOENIX, AZ: Luchadors (wrestlers) Dr. Parker beats up Fly Boy with a folding chair from the audience during a Lucha Libre show at El Gran Mercado in Phoenix. Parker was the rudo (villian) in the bout, Fly Boy the tecnico (good guy). The man on the left is a spotter who makes sure the Luchadors don't hurt anyone when they fly out of the ring. Lucha Libre is Mexican style wrestling. There are heros (Tecnicos) and villians (Rudos). The masks are popular as children's gifts and tourist mementos. As the size of the Mexican community in the Phoenix area has grown, attendance at the Lucha Libre shows has increased. Lucha Libre differs from American style entertainment wrestling in several ways, but principally the wrestlers are more acrobatic and rely less on body slams than American wrestling. The shows, which used to be held only periodically, are now held every week at El Gran Mercado, a flea market and swap meet that caters mostly to the Mexican community in Phoenix. Photo by Jack Kurtz / ZUMA Press 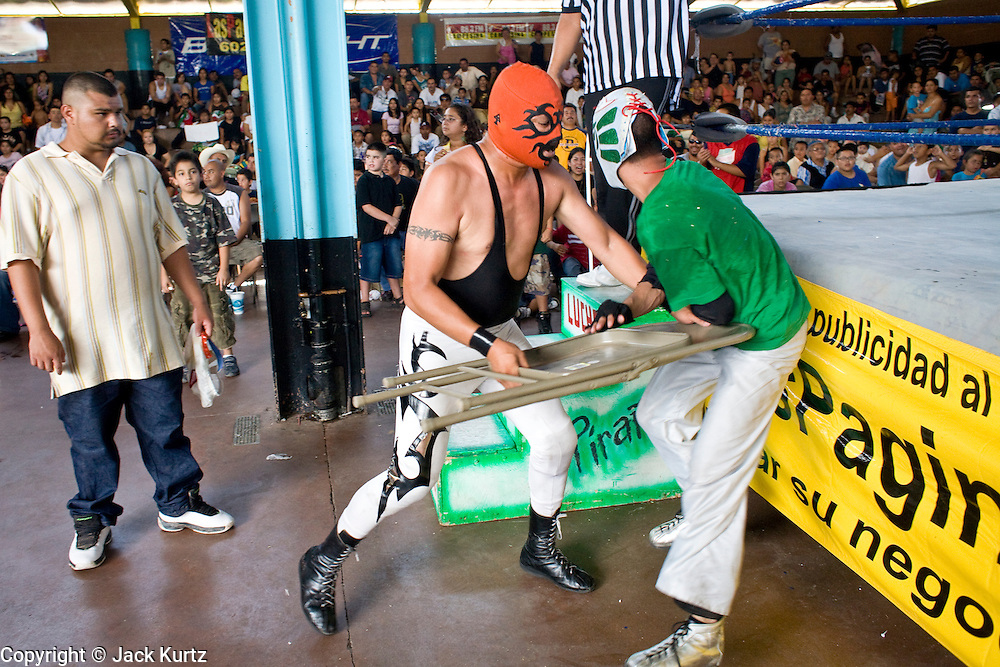