20 MAY 2104 - BANGKOK, THAILAND: A Thai army checkpoint in front of a portrait of Bhumibol Adulyadej, the King of Thailand, at the National Police headquarters on Rama I Road in Bangkok. The army has taken over public security functions from the police and ordered many of the police units to stand down. The Thai Army declared martial law throughout Thailand in response to growing political tensions between anti-government protests led by Suthep Thaugsuban and pro-government protests led by the "Red Shirts" who support ousted Prime Minister Yingluck Shinawatra. Despite the declaration of martial law, daily life went on in Bangkok in a normal fashion. There were small isolated protests against martial law, which some Thais called a coup, but there was no violence. PHOTO BY JACK KURTZ 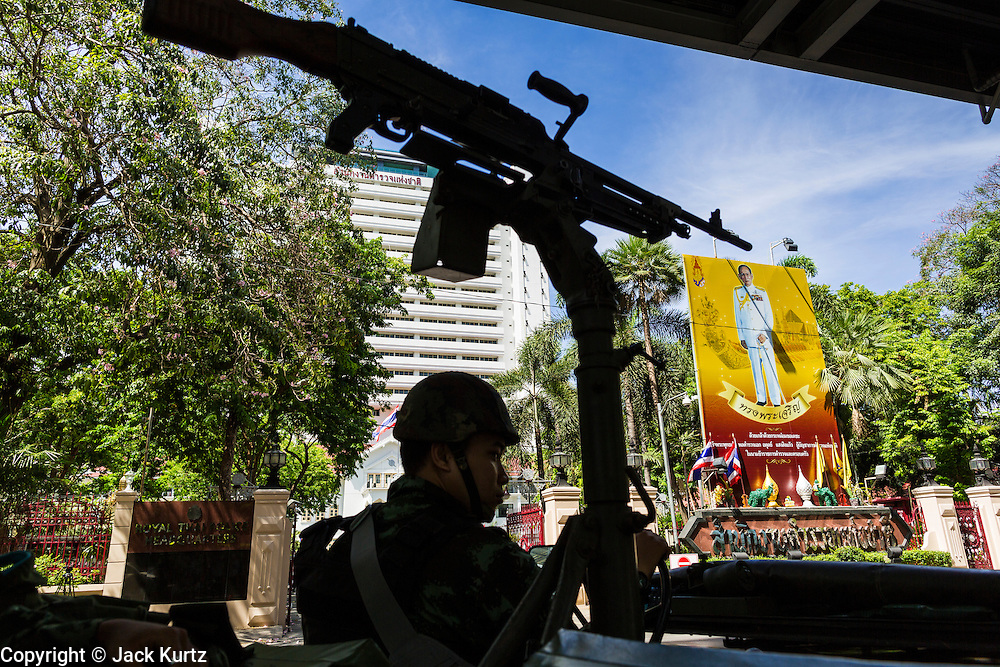