11 NOVEMBER 2016 - BANGKOK, THAILAND: Thais waiting to buy rice from Yingluck Shinawatra hold up the Thai Baht they were using to pay for the rice. Yingluck Shinawatra, the former Thai Prime Minister deposed in a coup in 2014, has started selling rice directly to Thai consumers. She buys the rice from farmers at market prices and then sells it to urban consumers at the price she paid. She said she's doing it to help out farmers, who are trying to deal with depressed prices. Yingluck is facing prosecution on corruption related charges going back to a rice price support scheme her government used to try to help farmers in 2011 and 2012. Even after the coup, she is still personally popular and hundreds of people showed up to see her at the rice distribution point at a mall in Samut Prakan province, in suburban Bangkok. PHOTO BY JACK KURTZ 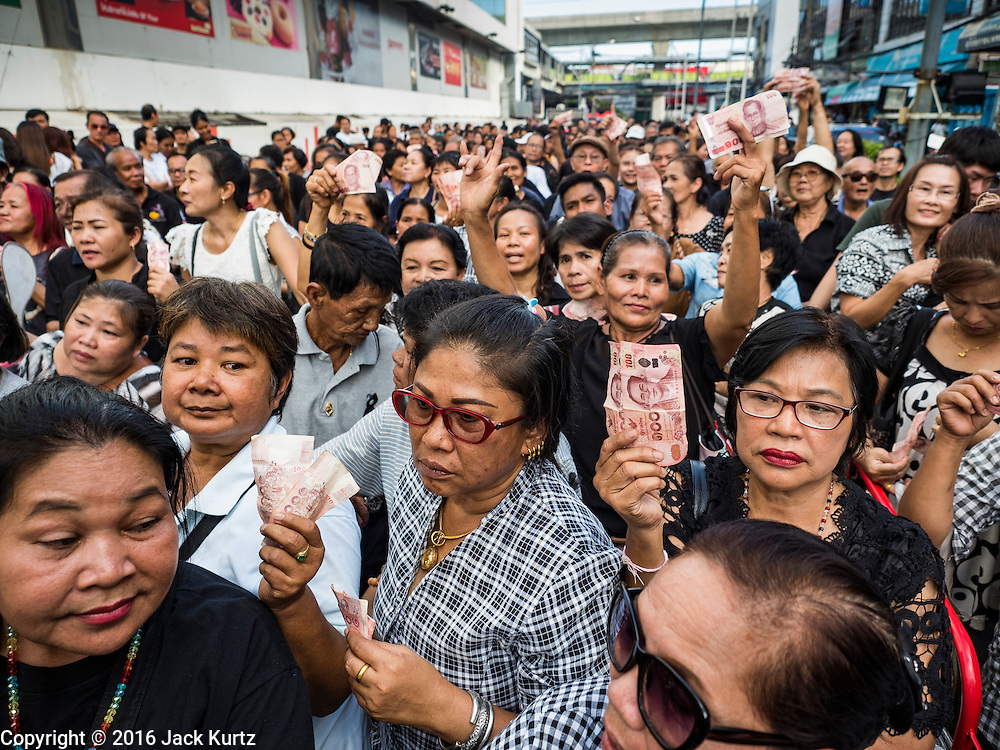