21 APRIL 2017 - CHANHASSEN, MN: A piece of wood carved in the shape of Prince's famous guitar hanging on the fence in front of Paisley Park, the former home and recording studio of Prince. The superstar died from an accidental overdose of the opioid fentanyl on April 21, 2016. Friday was the first anniversary of his death. Crowds of people gathered at Paisley Park, which is now a museum, to honor the Minnesota born musician. PHOTO BY JACK KURTZ 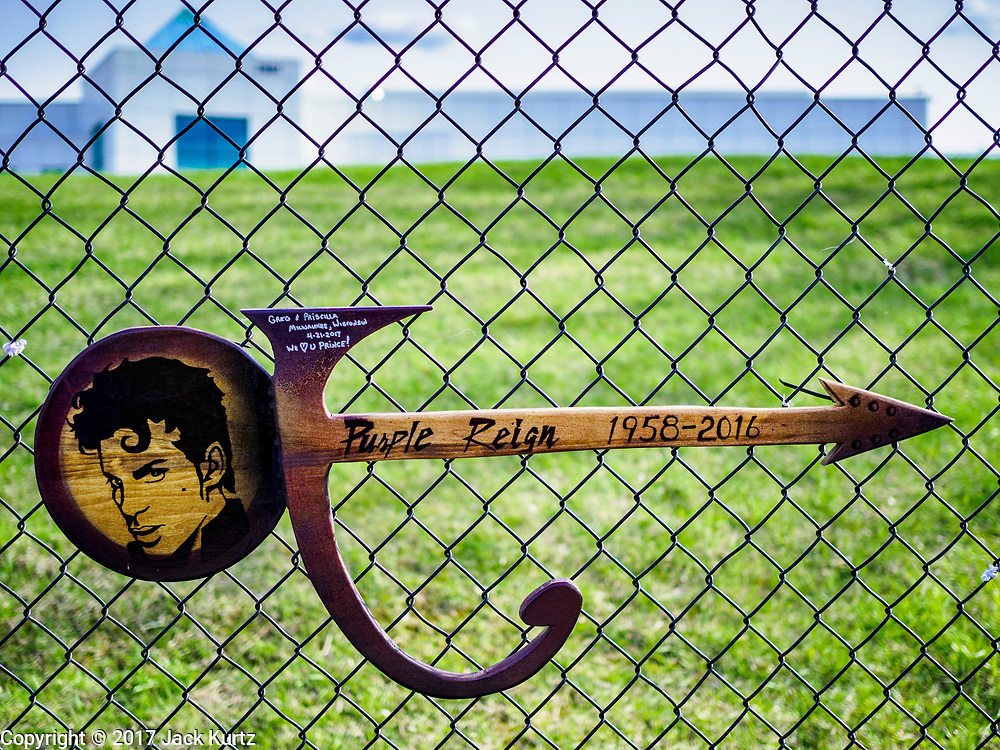