06 NOVEMBER 2015 - YANGON, MYANMAR: KHAING MAUNG YI, a member of the Myanmar parliament for the NFD leads a NFD motorcade away from the final NDF election rally of the 2015 election. The rally was held in central Yangon, next to the historic Sule Pagoda and across the street from Yangon city hall. The National Democratic Force (NDF) was formed by former members of the National League for Democracy (NLD) who chose to contest the 2010 general election in Myanmar because the NLD boycotted that election. There have been mass defections from the NFD this year because many of the people who joined the NFD in 2010 have gone back to the NLD, which is contesting this year’s election and widely expected to win it. Campaigning in the Myanmar election ended Friday. People go to the polls Sunday. PHOTO BY JACK KURTZ 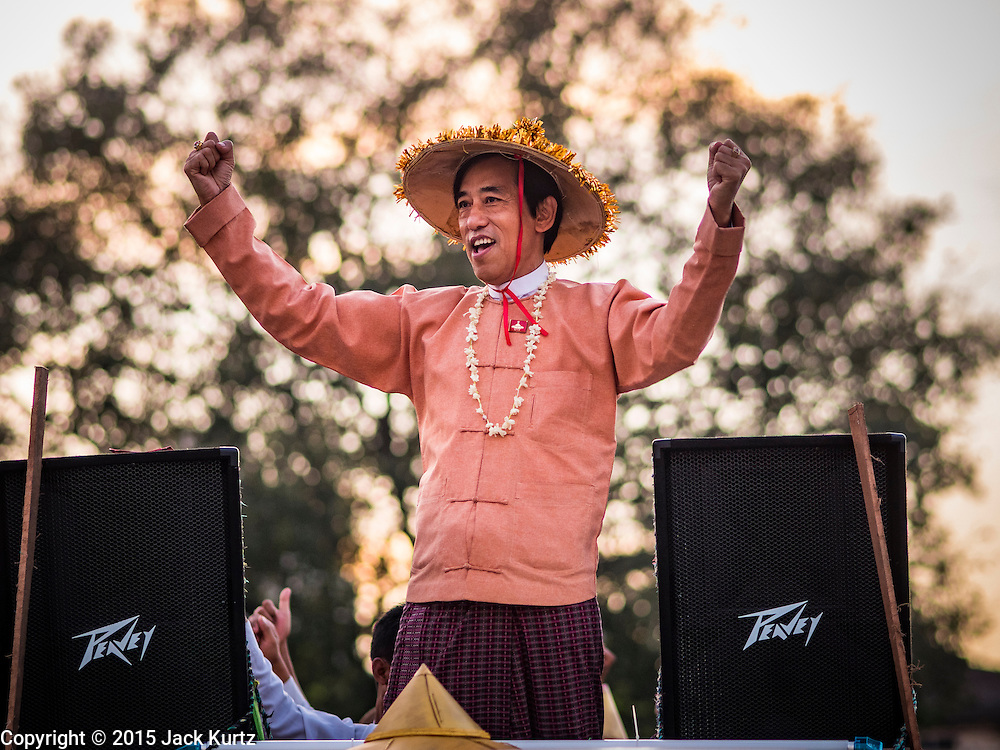