01 AUGUST 2013 - BANGKOK, THAILAND: A woman prostrates herself in front of photos of Bhumibol Adulyadej, the King of Thailand, and his wife, Queen Sirikit, who have both been living in Siriraj Hospital. The King, 85, was discharged from the hospital, Thursday where he has lived since September 2009. He traveled to his residence in the seaside town of Hua Hin, about two hours drive south of Bangkok, with his wife, 80-year-old Queen Sirikit, who has also been treated in the hospital for a year. PHOTO BY JACK KURTZ 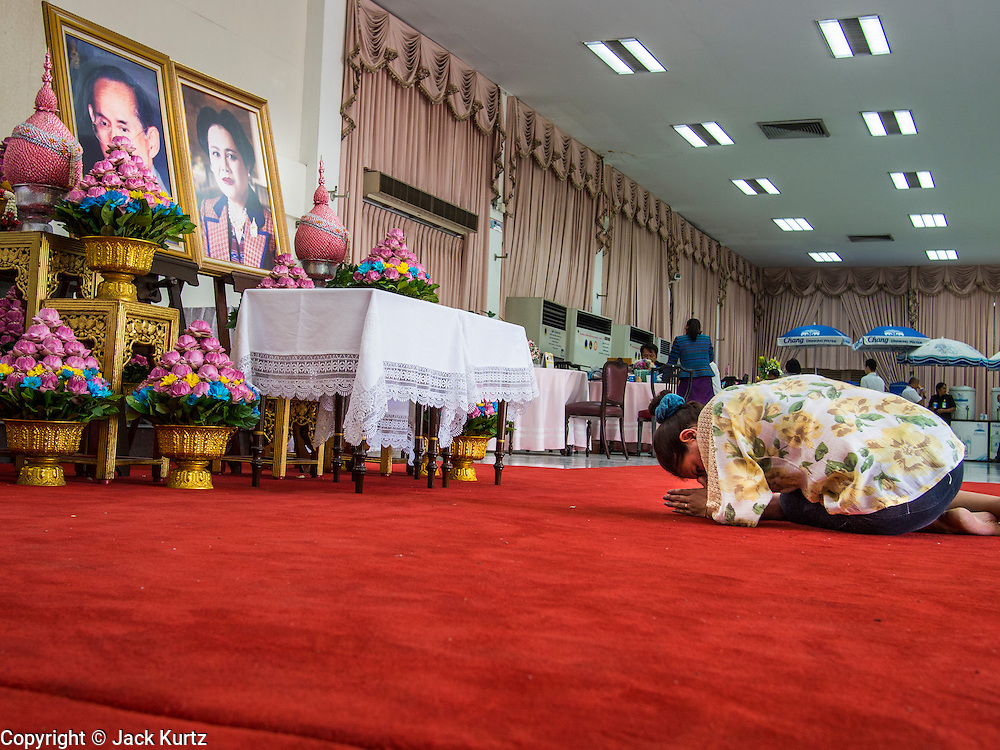