31 JULY 2012 - PHOENIX, AZ: Members of Code Pink stand in front of the Arizona State Capitol in Phoenix during a press conference with Medea Benjamin, the founder of Code Pink, Tuesday. Benjamin is a political activist, best known for co-founding Code Pink and, along with her husband, activist and author Kevin Danaher, the fair trade advocacy group Global Exchange. She was also a Green Party candidate in 2000 for the United States Senate. She appeared in Phoenix to promote her new book, "Drone Warfare: Killing by Remote Control." She, and other members of Code Pink, presented a letter to Arizona Gov. Jan Brewer protesting Brewer's request to use the state's airspace to train drone pilots. PHOTO BY JACK KURTZ 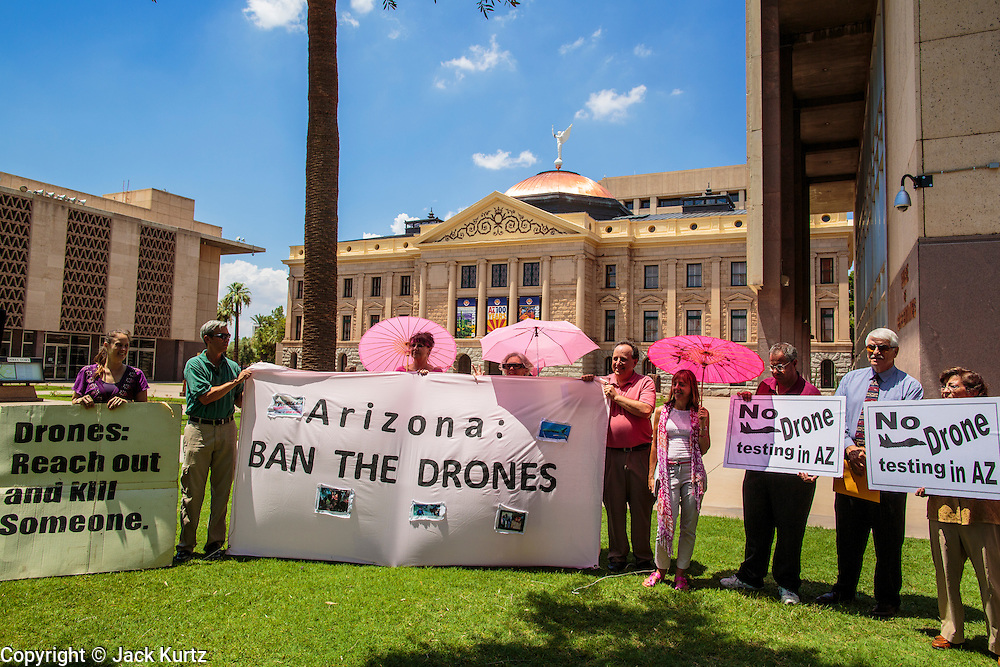