26 JANUARY 2018 - SANTO DOMINGO, ALBAY, PHILIPPINES: JULIAN BALAGERNO, 23, in her tent in the Barangay Lidong shelter. She is more than 8 months pregnant and expecting to give birth at the shelter. She was evacuated from her home on the slopes of the Mayon Volcano. The shelter is in school and all of the classrooms are already being used to house evacuees. Recent arrivals are living in tents and huts on the school grounds. The volcano was relatively quiet Friday, but the number of evacuees swelled to nearly 80,000 as people left the side of the volcano in search of safety. There are nearly 12,000 evacuees in Santo Domingo, one of the communities most impacted by the volcano. The number of evacuees is impacting the availability of shelter space. Many people in Santo Domingo, on the north side of the volcano, are sleeping in huts made from bamboo and plastic sheeting. The Philippines is now preparing to house the volcano evacuees for up to three months. PHOTO BY JACK KURTZ 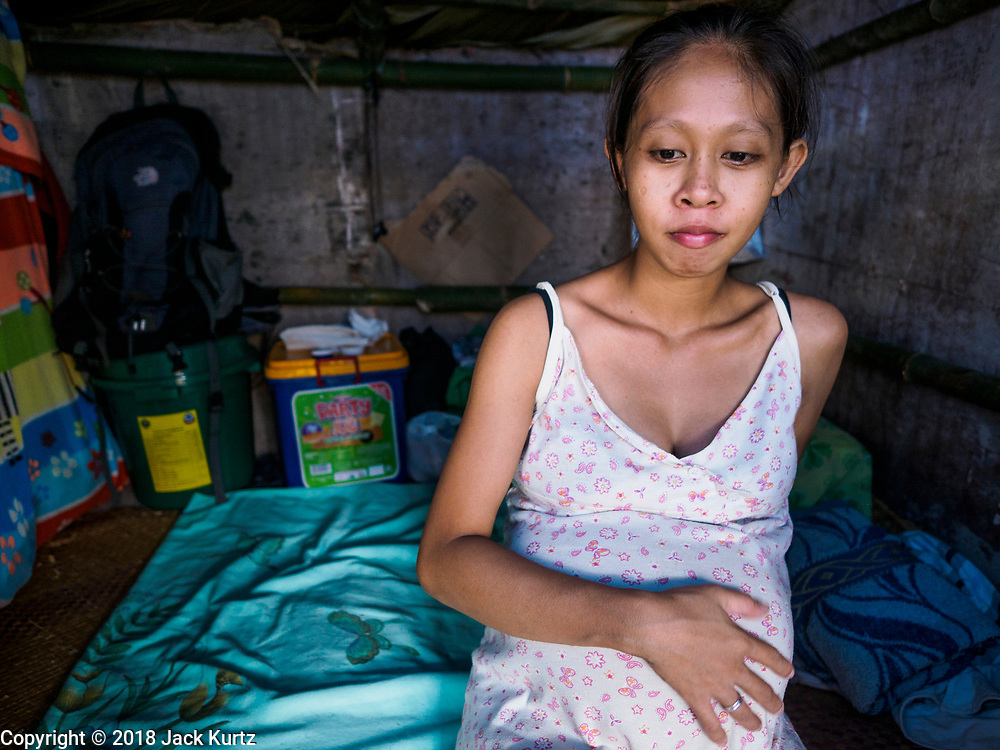