17 FEBRUARY 2016 - BANGKOK, THAILAND: A member of the crew of a small opera troupe prays before a performance at a shrine in a residential part of Bangkok. The small troupe travels from Chinese shrine to Chinese shrine performing for a few nights before going to another shrine. They spend about half the year touring in Thailand and the other half of the year touring in Malaysia. Members of the troupe are paid about 5,000 Thai Baht per month (about $140 US). Chinese opera was once very popular in Thailand, where it is called Ngiew. It is usually performed in the Teochew language. Millions of Chinese emigrated to Thailand (then Siam) in the 18th and 19th centuries and brought their culture with them. Recently the popularity of ngiew has faded as people turn to performances of opera on DVD or movies. There are still as many 30 Chinese opera troupes left in Bangkok and its environs. They are especially busy during Chinese New Year and Chinese holiday when they travel from Chinese temple to Chinese temple performing on stages they put up in streets near the temple, sometimes sleeping on hammocks they sling under their stage. Most of the Chinese operas from Bangkok travel to Malaysia for Ghost Month, leaving just a few to perform in Bangkok. PHOTO BY JACK KURTZ 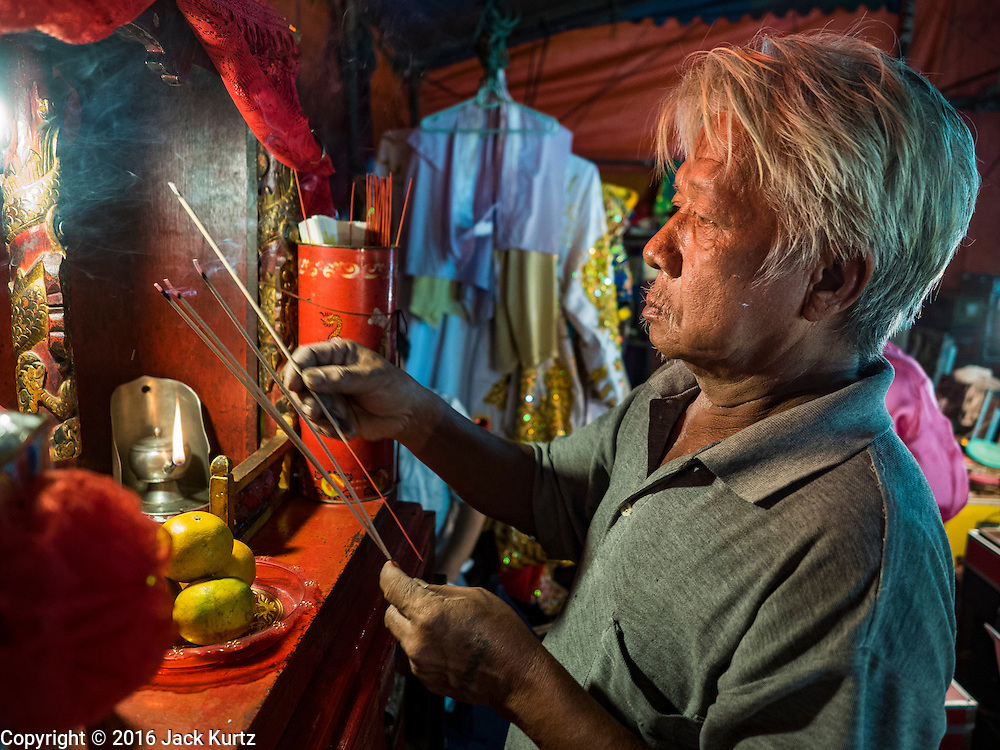