24 JUNE 2017 - BANG KRUAI, NONTHABURI: People pray during a "resurrection" or rebirthing ceremony at Wat Ta Kien (also spelled Wat Tahkian), a Buddhist temple in the suburbs of Bangkok. The strings around their heads are connected to a web of strings that is supposed to amplify the power of the prayers. People go to the temple to participate in a "Resurrection Ceremony." Thai Buddhists believe that connecting people by strings around their heads, which are connected to a web of strings suspended from the ceiling, amplifies the power of the prayer. Groups of people meet and pray with the temple's Buddhist monks. Then they lie in coffins, the monks pull a pink sheet over them, symbolizing their ritualistic death. The sheet is then pulled back, and people sit up in the coffin, symbolizing their ritualist rebirth. The ceremony is supposed to expunge bad karma and bad luck from a person's life and also get people used to the idea of the inevitability of death. Most times, one person lays in one coffin, but there is family sized coffin that can accommodate up to six people. The temple has been doing the resurrection ceremonies for about nine years. PHOTO BY JACK KURTZ 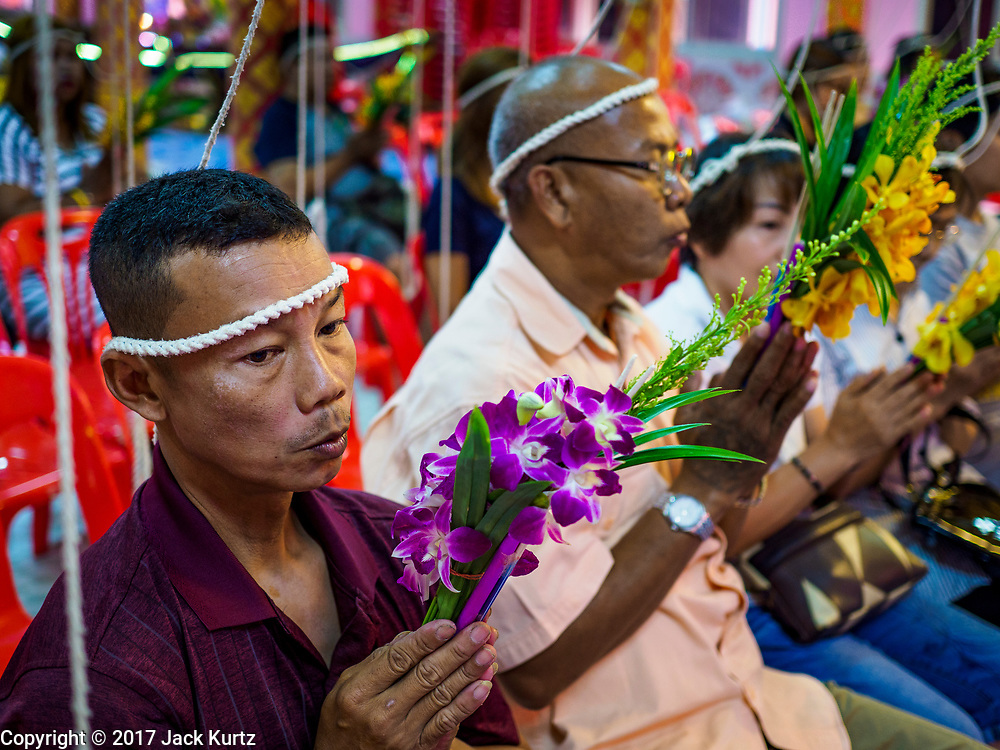