Sept. 19 - PHOENIX, AZ: Phoenix students read letters from other students supporting the DREAM Act during a candlelight vigil in front of Sen. John McCain's office in Phoenix Sunday night. About 30 people met in front of US Sen. John McCain's office in Phoenix Sunday night to demonstrate in support of the DREAM Act, which is scheduled to be debated in the US Senate on Tuesday, Sept 21. The Development, Relief and Education for Alien Minors Act (The "DREAM Act") is a piece of proposed federal legislation in the United States that was introduced in the United States Senate, and the United States House of Representatives on March 26, 2009. This bill would provide certain illegal immigrant students who graduate from US high schools, who are of good moral character, arrived in the U.S. as minors, and have been in the country continuously for at least five years prior to the bill's enactment, the opportunity to earn conditional permanent residency. In the early part of this decade McCain supported legislation similar to the DREAM Act, but his position on immigration has hardened in the last two years and he no longer supports it. The protesters, mostly area students, marched and drilled to show their support for the US military and then held a candle light vigil. Photo by Jack Kurtz 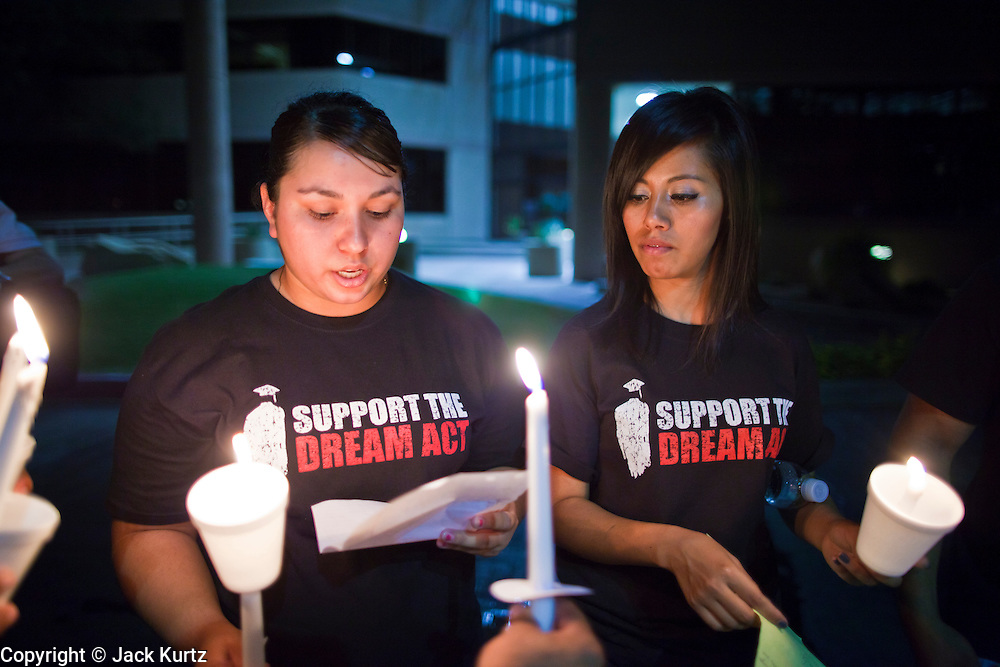