23 AUGUST 2016 - NONTHABURI, NONTHABURI, THAILAND: The not yet completed connection between the "Blue Line" and "Purple Line" commuter light rail in the Tao Poon station in Bangkok. The "Purple Line" is the new Bangkok commuter rail line that runs from Bang Sue, in Bangkok, to Nonthaburi, a large Bangkok suburb. The Purple Line is run by the Metropolitan Rapid Transit (MRT) which operates Bangkok's subway system. The Purple Line is the fifth light rail mass transit line in Bangkok and is 23 kilometers long. The Purple Line opened on August 6 and so far ridership is below expectations. Only about 20,000 people a day are using the line; officials had estimated as many 70,000 people per day would use the line. The Purple Line was supposed to connect to the MRT's Blue Line, which goes into central Bangkok, but the line was opened before the connection was completed so commuters have to take a shuttle bus or taxi to the Blue Line station. The Thai government has ordered transit officials to come up with plans to increase ridership. Officials are looking at lowering fares and / or improving the connections between the two light rail lines. PHOTO BY JACK KURTZ 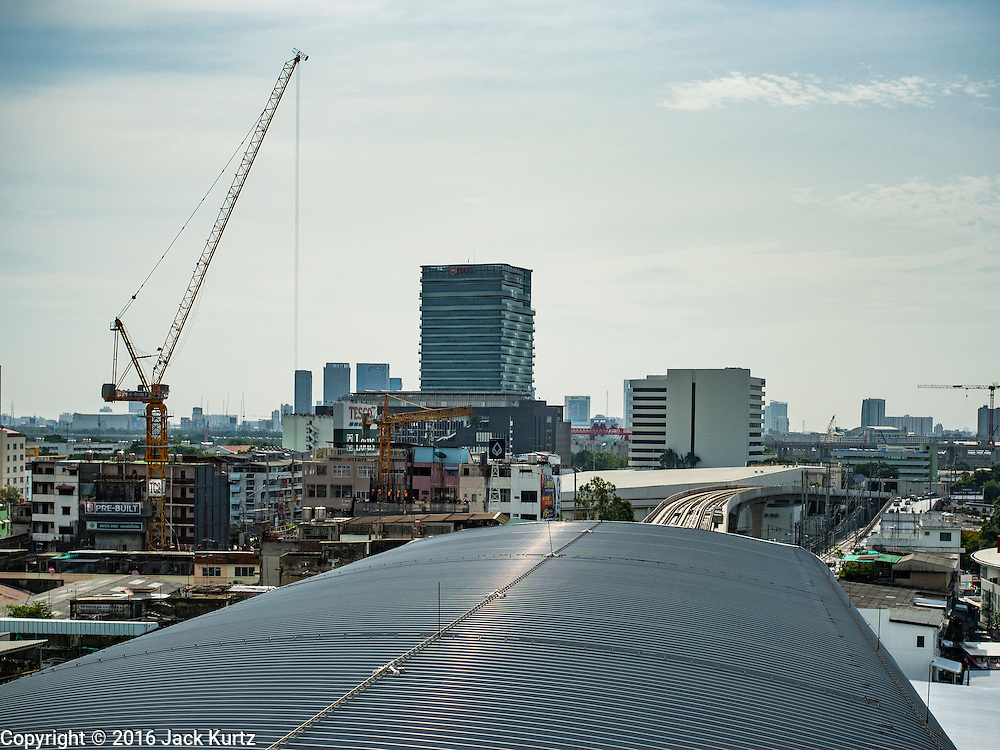