18 FEBRUARY 2015 - BANGKOK, THAILAND: The spire of Santa Cruz Catholic church is visible in the background as people buy food from street vendors on Soi Thetsaban Sai 1 in the Kudeejeen neighborhood in Bangkok. Santa Cruz church was established in 1770 and is the heart of the community. It is one of the oldest and most historic Catholic churches in Thailand. The church was originally built by Portuguese soldiers allied with King Taksin the Great. Taksin authorized the church as a thanks to the Portuguese who assisted the Siamese during the war with Burma. Most of the Catholics in the neighborhood trace their family roots to the original Portuguese soldiers who married Siamese (Thai) women. There are about 300,000 Catholics in Thailand in about 430 Catholic parishes and about 660 Catholic priests in Thailand. Thais are tolerant of other religions and although Thailand is officially Buddhist, Catholics are allowed to freely practice and people who convert to Catholicism are not discriminated against. PHOTO BY JACK KURTZ 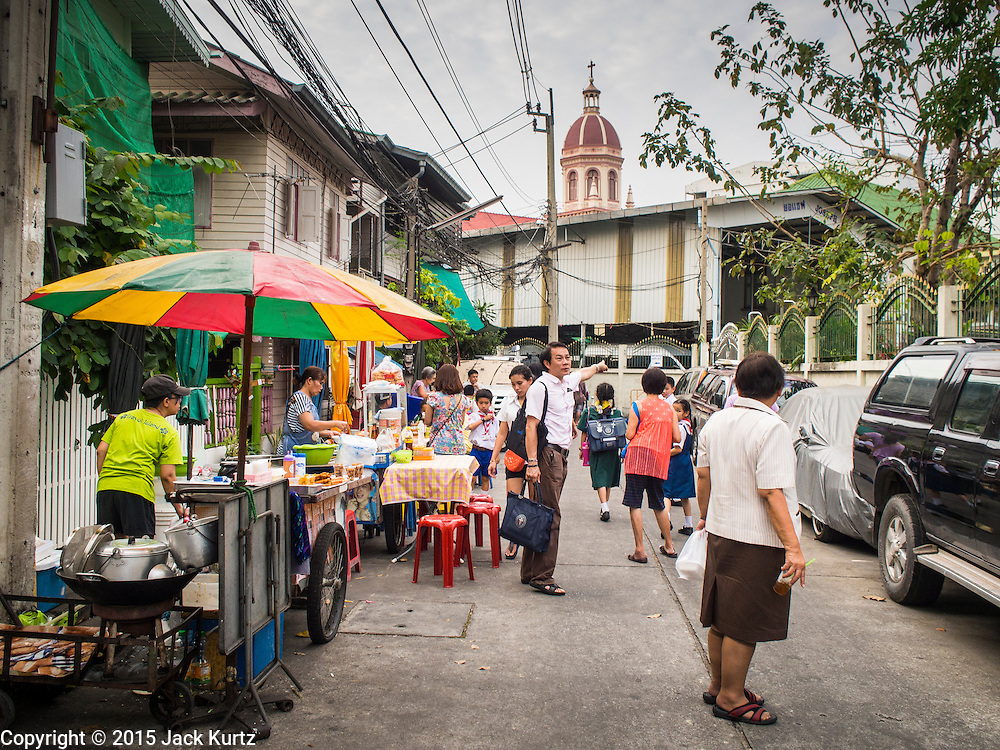