03 NOVEMBER 2017 - BANGKOK, THAILAND: A Thai man lights incense for people during Loi Krathong near Wat Prayurawongsawat on the Thonburi side of the Chao Phraya River. He takes their krathongs and floats them in the river. People pay him 20Baht (about .70¢ US). for the service. Loi Krathong is translated as "to float (Loi) a basket (Krathong)", and comes from the tradition of making krathong or buoyant, decorated baskets, which are then floated on a river to make merit. On the night of the full moon of the 12th lunar month (usually November), Thais launch their krathong on a river, canal or a pond, making a wish as they do so. Loi Krathong is also celebrated in other Theravada Buddhist countries like Myanmar, where it is called the Tazaungdaing Festival, and Cambodia, where it is called Bon Om Tuk. PHOTO BY JACK KURTZ 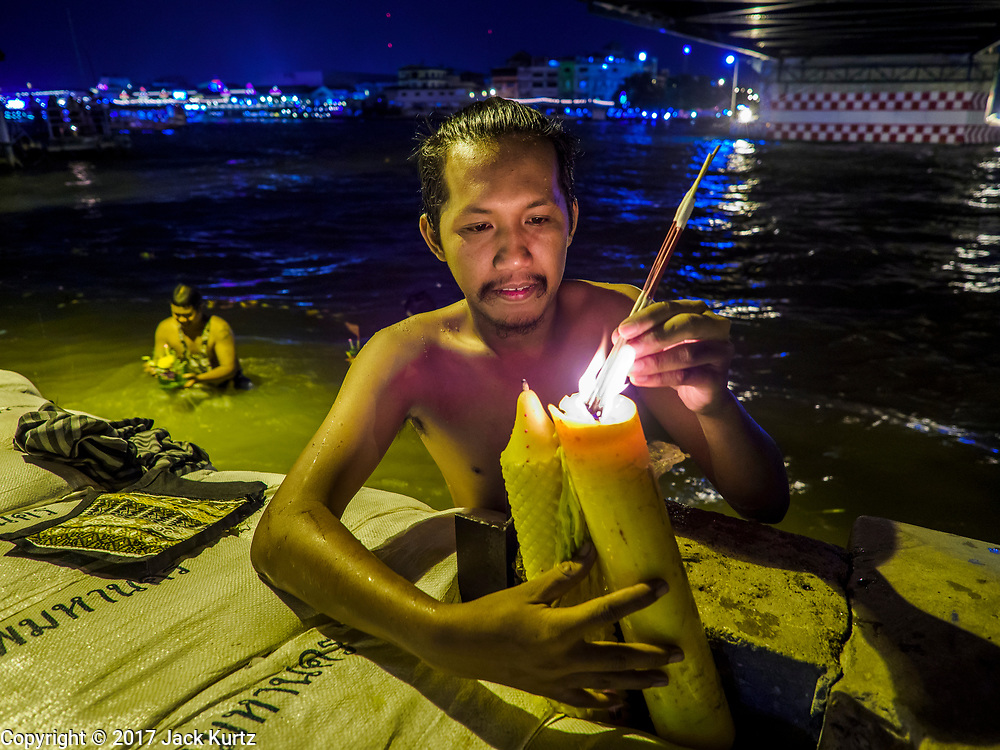