30 MARCH 2008 -- PHOENIX, AZ: TINA DuBOSE, from Avondale, AZ, and a member of the Patriot Guard Riders, wait for Arizona National Guardsmen to return from Afghanistan Sunday. About 250 members of the Arizona Army National Guard's 158th Infantry Battalion returned to Phoenix, AZ, from a year long deployment in Afghanistan Sunday. The unit, also known as the "Bushmasters" from their service in World War II, was part of the largest single-unit deployment of the Arizona National Guard since the second World War. Two members of the battalion were killed in action during their deployment. The battalion, a combat unit, engaged in counter insurgency operations through out their deployment. Photo by Jack Kurtz / ZUMA Press 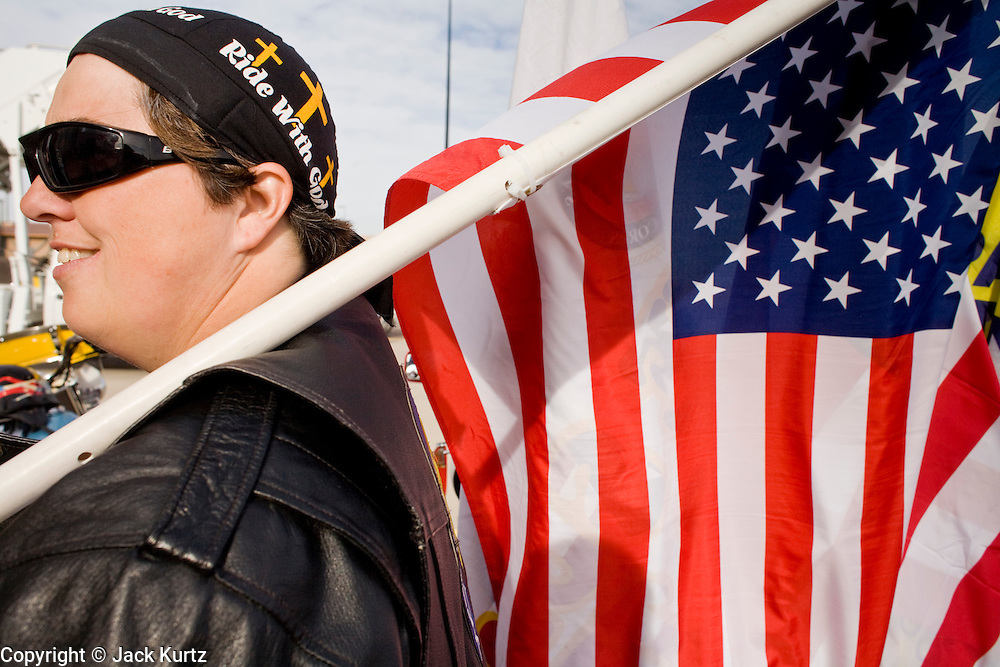