11 JULY 2013 - RAMAN, YALA, THAILAND: Thai soldiers look at the weapons and equipment of their colleagues injured in an IED attack Thursday morning. A billboard urging peace during the holy month of Ramadan is behind the soldiers. Eight soldiers were injured when the IED exploded under a Thai Army truck carrying soldiers back to their camp after they finished a teacher protection mision. The army routinely dispatches soldiers to protect teachers and Buddhist monks, who have been targeted by Muslim insurgents as representatives of the Bangkok government. More than 5,000 people have been killed and over 9,000 hurt in more than 11,000 incidents in Thailand's three southernmost provinces and four districts of Songkhla since the insurgent violence erupted in January 2004, according to Deep South Watch, an independent research organization that monitors violence in Thailand's deep south region that borders Malaysia. PHOTO BY JACK KURTZ 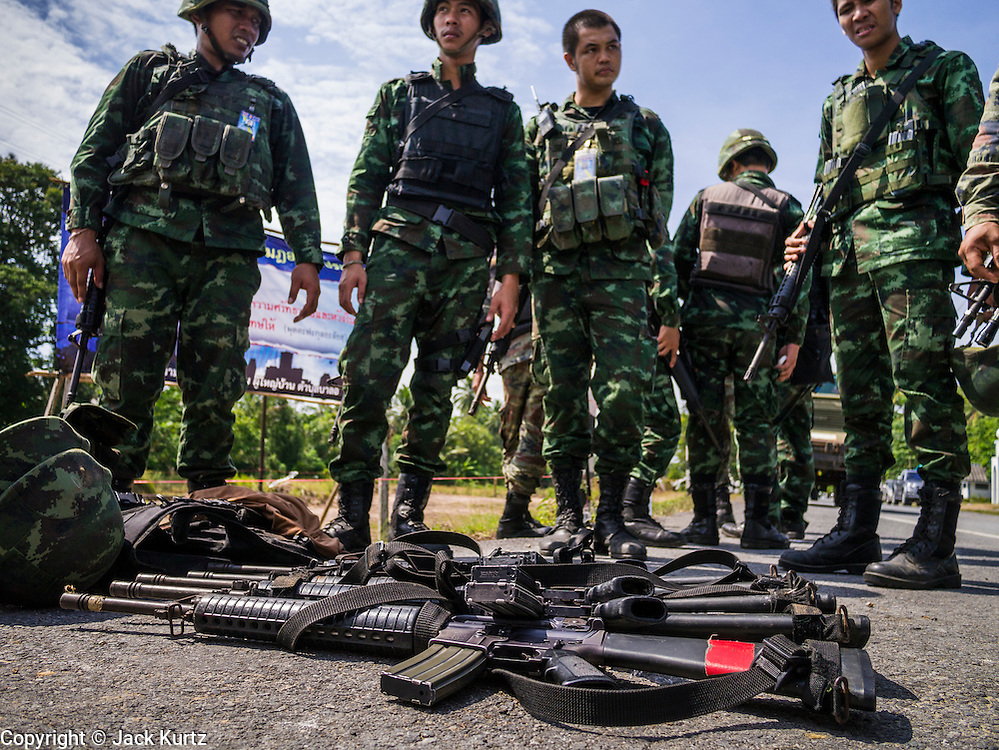