30 OCTOBER 2012 - PATTANI, PATTANI, THAILAND: An immigrant worker from Myanmar (Burma) in the fishing port of Pattani, province of Pattani, Thailand. The woman has "thanka' powder on her face, which Burmese use as sunscreen. Thailand's fishing industry relies on immigrant workers, mostly from Myanmar but also Laos and Cambodia. There have been allegations of worker abuse, including charges that workers are held in slave labor like conditions. There are hundreds of thousands of immigrant workers in the Thai fishing industry. Most are from Myanmar (Burma) but there are also Cambodian and Laotian workers in the industry. PHOTO BY JACK KURTZ 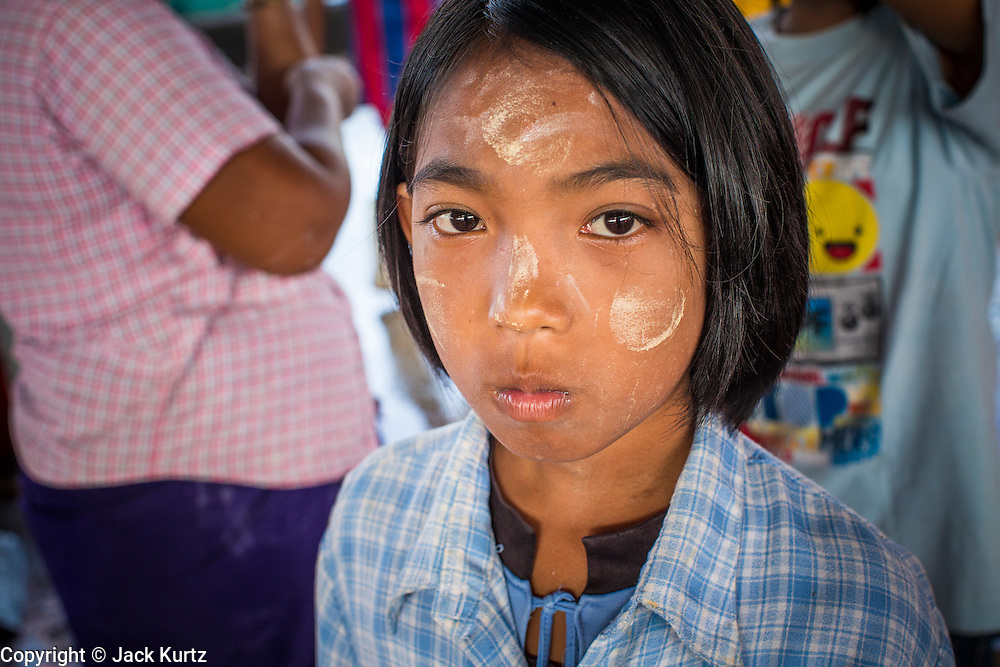