15 AUGUST 2012 - PHOENIX, AZ: Sen. JOHN MCCAIN and Rep BEN QUAYLE at a press conference Wednesday. Arizona's Republican US Senators, John McCain and Jon Kyl, announced their endorsement of Congressman Ben Quayle (R-AZ) during a press conference in Phoenix Wednesday. They decried the campaign being run by Quayle's opponent, Congressman David Schweikert (R-AZ). Both Quayle and Schweikert are freshman Congressmen from neighboring districts. They were thrown into the same district during the redistricting process and are now waging a bitter primary fight against each other. PHOTO BY JACK KURTZ 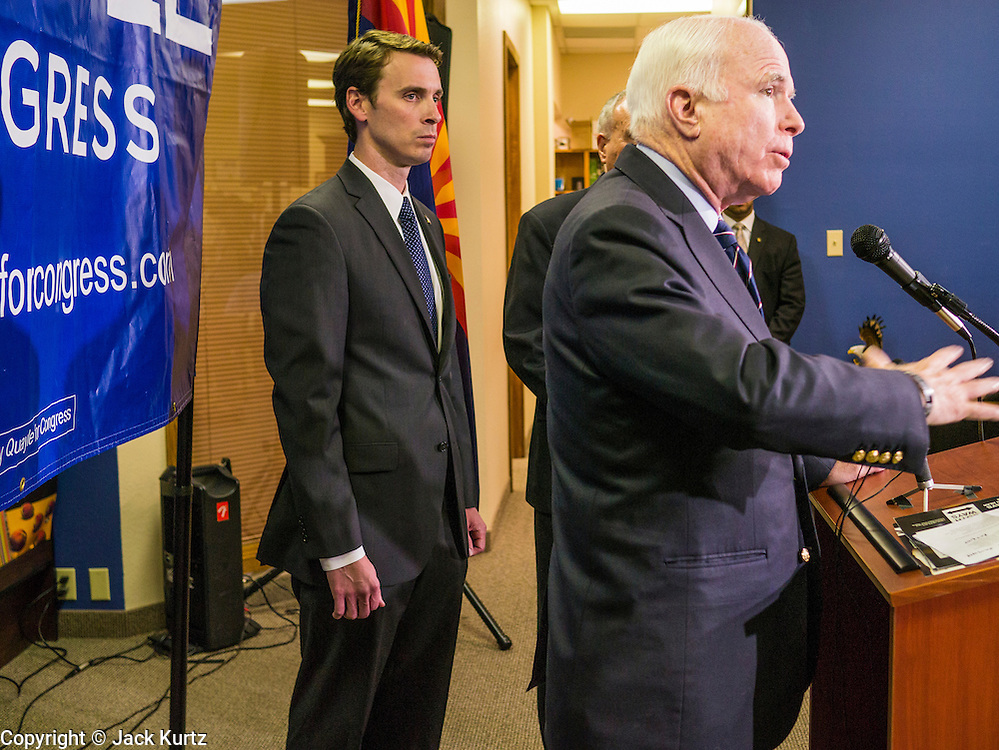