25 AUGUST 2018 - GEORGE TOWN, PENANG, MALAYSIA: Dragons in the shrine built for the Hungry Ghost festival on the Lim Jetty on Ghost Day, the full moon day (or night) that falls in the middle of Hungry Ghost month. The Lim Jetty is one of several jetties in George Town that were created by members of Chinese clans who migrated to Penang during the British colonial period. The Ghost Festival, also known as the Hungry Ghost Festival is a traditional Taoist and Buddhist festival held in Chinese communities throughout Asia. Ghost Day, is on the 15th night of the seventh month (25 August in 2018). During Ghost Festival, the deceased are believed to visit the living. In many Chinese communities, there are Chinese operas and puppet shows and elaborate banquets are staged to appease the ghosts. PHOTO BY JACK KURTZ 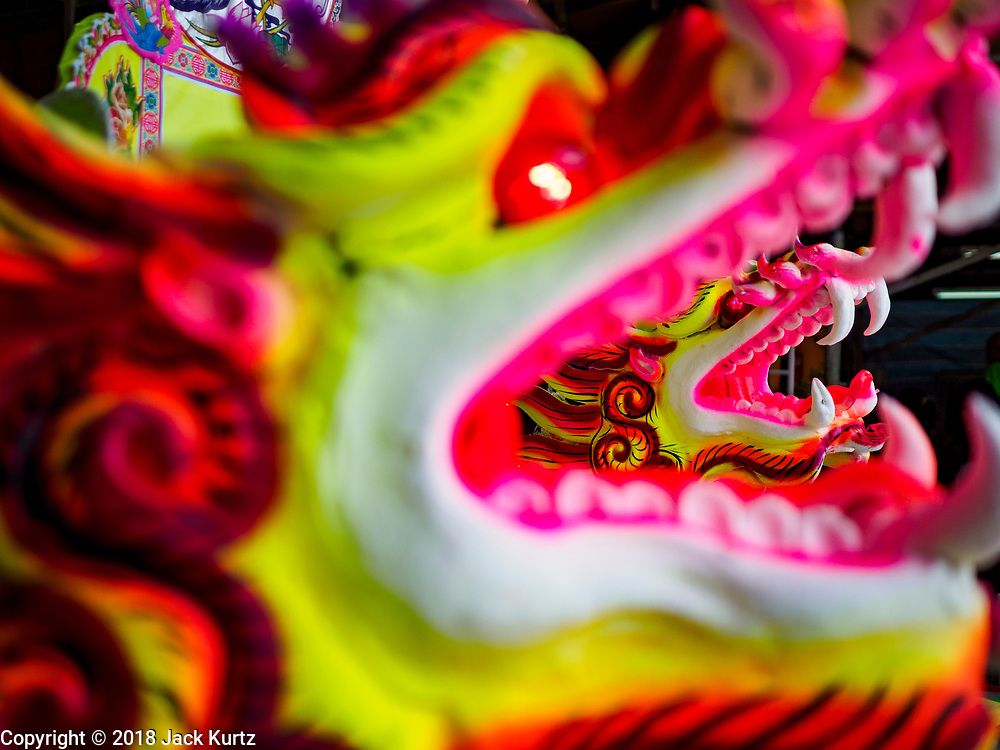