01 FEBRUARY 2014 - BANGKOK, THAILAND: Thai voters stomp on a PRDC banner during a march to a polling place to vote. The voters were turned back by police who blocked access to the polls because armed anti-government protestors would not allow voters to cast their ballots. Thais went to the polls in a "snap election" Sunday called in December after Prime Minister Yingluck Shinawatra dissolved the parliament in the face of large anti-government protests in Bangkok. The anti-government opposition, led by the People's Democratic Reform Committee (PDRC), called for a boycott of the election and threatened to disrupt voting. Many polling places in Bangkok were closed by protestors who blocked access to the polls or distribution of ballots. The result of the election are likely to be contested in the Thai Constitutional Court and may be invalidated because there won't be quorum in the Thai parliament. PHOTO BY JACK KURTZ 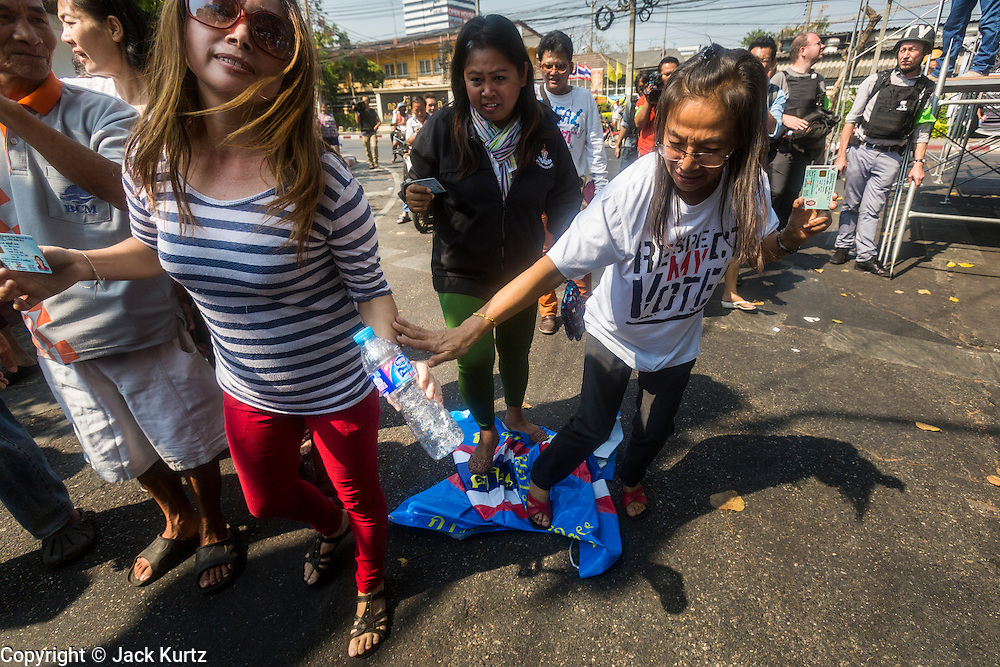