27 JANUARY 2014 - BANGKOK, THAILAND: A Buddhist monk pours water into the hand of Suthin Taratin during the bathing rites for anti-government leader at Wat Sommanat Rajavaravihara in Bangkok. In Thai tradition, after death a bathing ceremony takes place in which relatives and friends pour water over one hand of the deceased. Suthin was a core leader of the People's Democratic Force to Overthrow Thaksinism (Pefot), one of several organizations leading protests against the elected government of Thai Prime Minister Yingluck Shinawatra. He was murdered Sunday, Jan. 28, while he was leading a rally to prevent voters from reaching a polling center in the Bang Na district of Bangkok. PHOTO BY JACK KURTZ 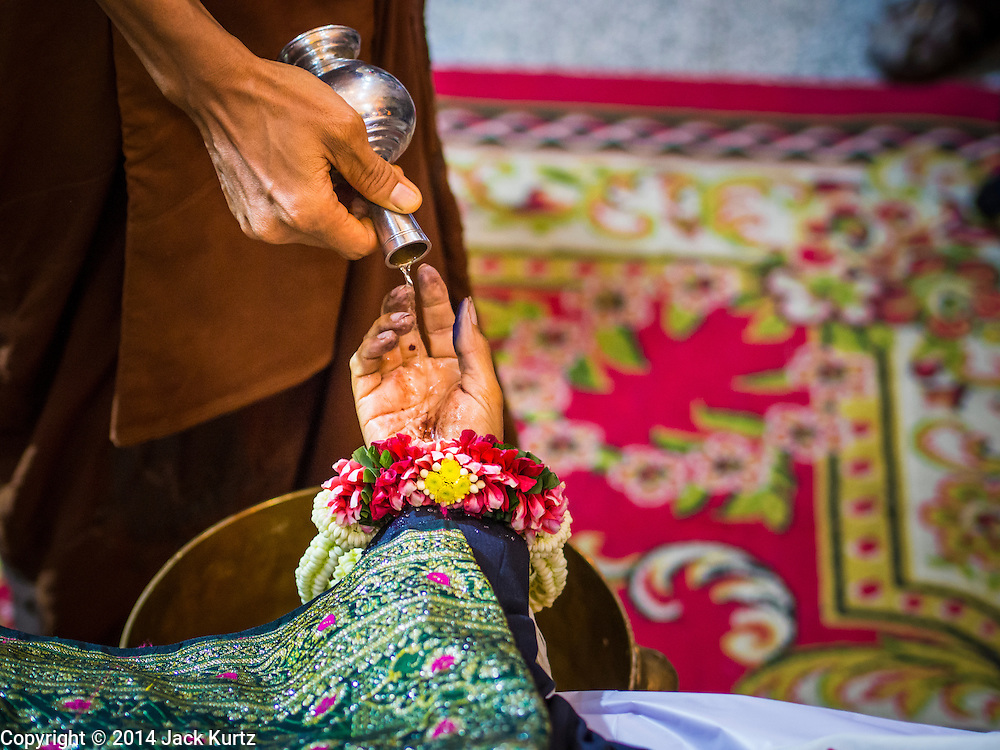