15 APRIL 2011 - PHOENIX, AZ: A member of the Tea Party confronts an Arizona Capitol Police officer who was protecting immigrants' rights activists at a Tea Party rally in Phoenix, Friday. About 500 supporters of the Tea Party movement rallied Friday at the Arizona State Capitol to mark tax day. They protested high taxes, the federal deficit, the debt limit and immigration policy. About 50 pro-immigrant protesters held a counter rally at the capitol. At least one person was arrested, and others led away by police after several shouting matches between Tea Party supporters and the immigrants rights protesters broke out. Photo by Jack Kurtz 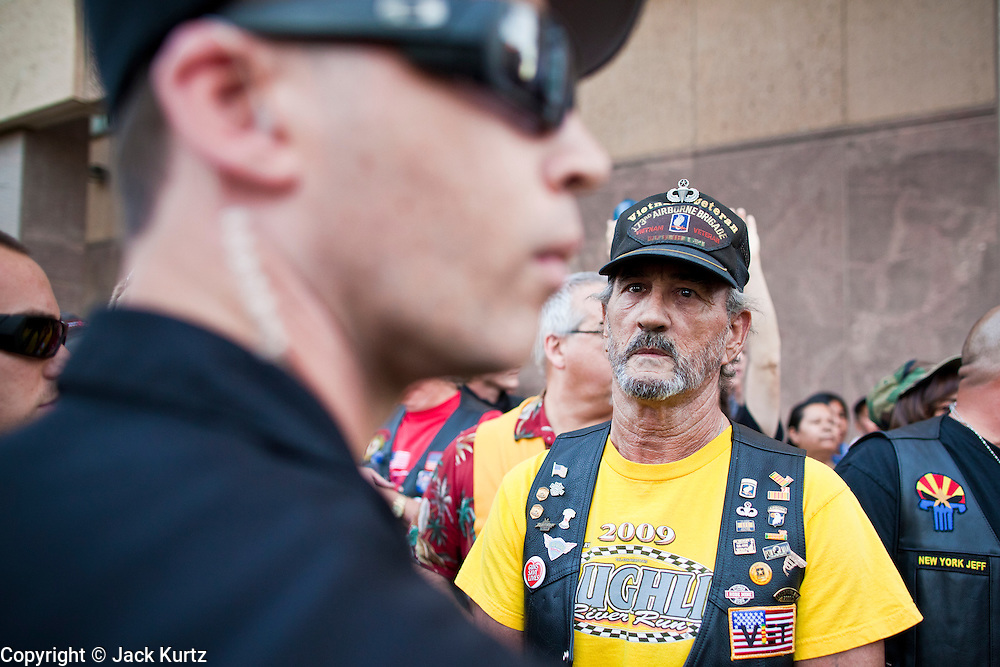