09 JUNE 2018 - SEOUL, SOUTH KOREA: A South Korean Christian at a pro-American rally in downtown Seoul. Christianity is the second largest religion in South Korea. Participants said they wanted to thank the US for supporting South Korea and they hope the US will continue to support South Korea. Many were also opposed to ongoing negotiations with North Korea because they don't think Kim Jong-un can be trusted to denuclearize or to not attack South Korea. PHOTO BY JACK KURTZ 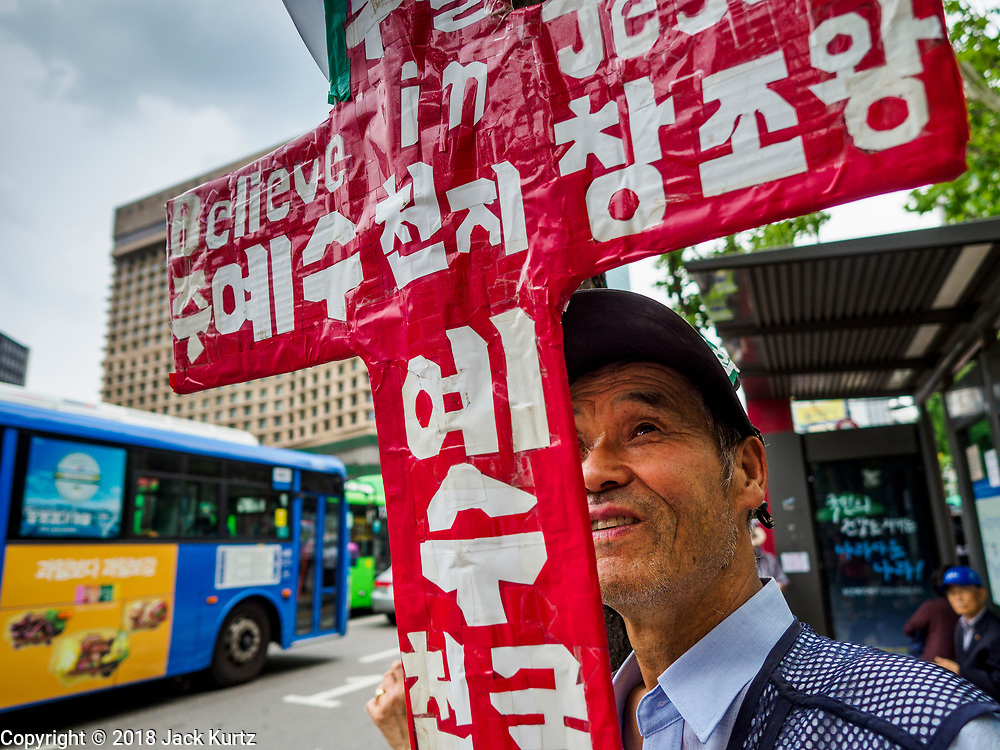