21 MARCH 2017 - BANGKOK, THAILAND: A boy who lives in Pom Mahakan uses a kitchen spoon to dig in the wreckage of a home destroyed by city officials during the forced evictions of Pom Mahakan residents. He was looking for old coins and anything salvageable. The final evictions of the remaining families in Pom Mahakan, a slum community in a 19th century fort in Bangkok, have started. City officials are moving the residents out of the fort. NGOs and historic preservation organizations protested the city's action but city officials did not relent and started evicting the remaining families in early March. PHOTO BY JACK KURTZ 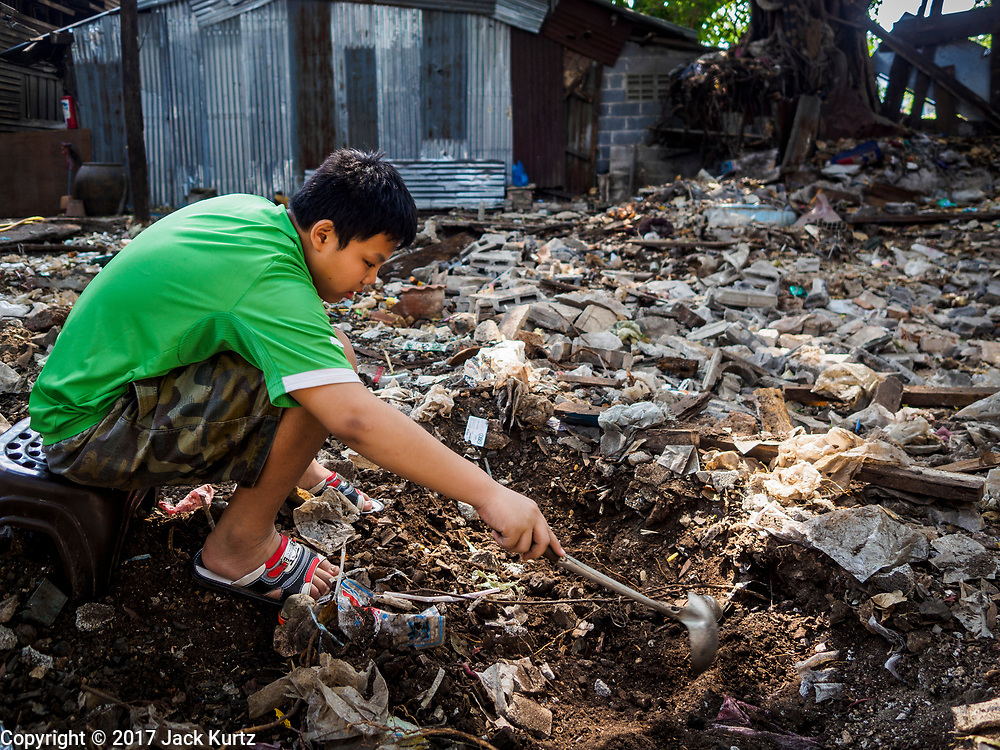