25 MAY 2010 - PHOENIX, AZ: Picketers in front of US Airways Arena in Phoenix, Tuesday, May 25. People opposed to illegal immigration and in favor of Arizona SB1070 picket the Phoenix Suns playoff game against the Los Angeles Lakers Tuesday. About 10 people attended the protest. One person opposed to SB1070 held a counter demonstration. SB1070 makes it an Arizona state crime to be in the US illegally and requires that immigrants carry papers with them at all times and present to law enforcement when asked to. People are picketing the Suns games because Suns owner Robert Sarver has expressed opposition to the law and has had the Suns wearing jerseys that say "Los Suns." PHOTO BY JACK KURTZ 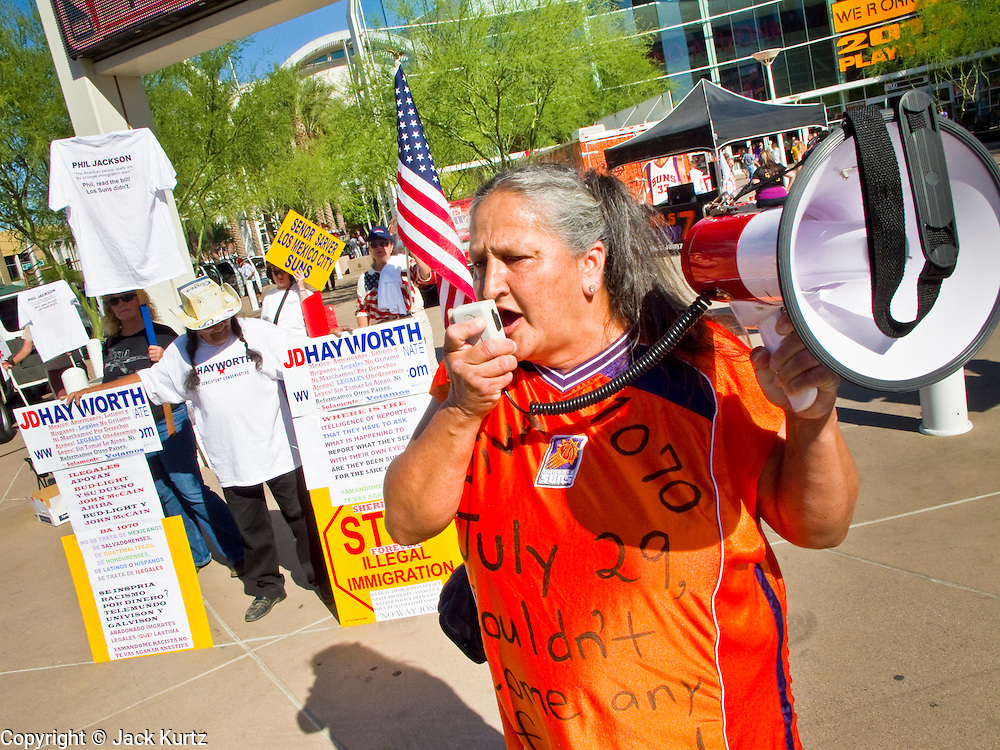