08 NOVEMBER 2015 - YANGON, MYANMAR: An elections worker starts the process of counting the votes at a polling place in Yangon. Elections workers counted the ballots at each polling place then called the results into the national elections office. It could be more than one week before the official results are completely tabulated. The citizens of Myanmar went to the polls Sunday to vote in the most democratic elections since 1990. The National League for Democracy, (NLD) the party of Aung San Suu Kyi is widely expected to get the most votes in the election, but it is not certain if they will get enough votes to secure an outright victory. The polls opened at 6AM. In Yangon, some voters started lining up at 4AM and lines were reported to long in many polling stations in Myanmar's largest city. PHOTO BY JACK KURTZ 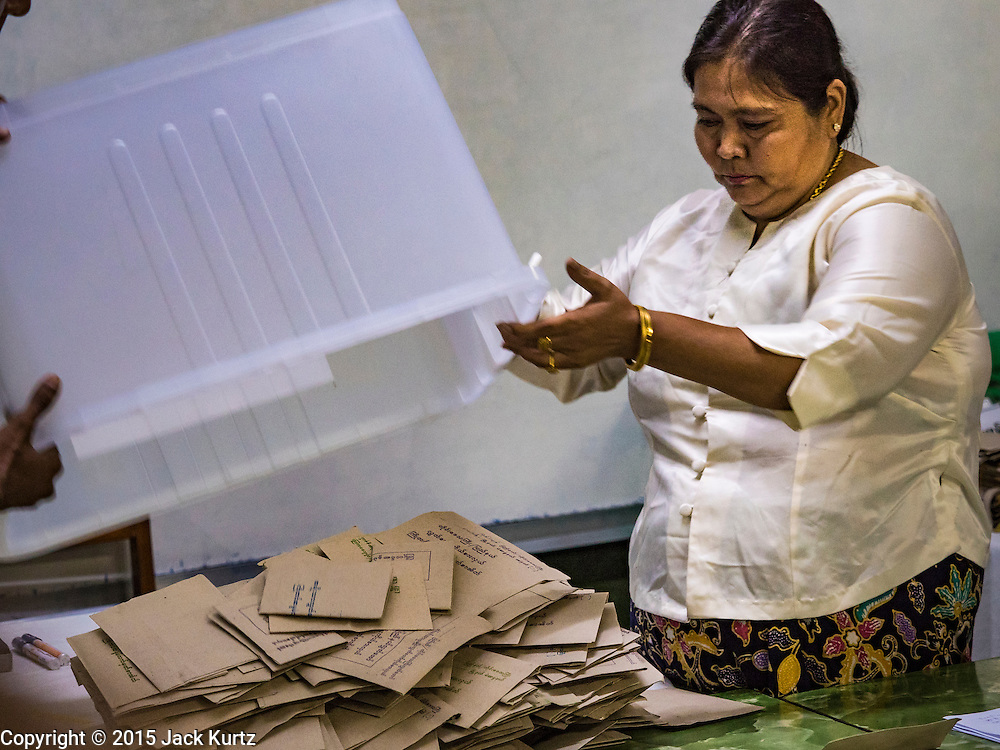