08 FEBRUARY 2015 BANGKOK, THAILAND: A Sikh man walks between rooms used for the study of Sikh texts in Gurdwara Siri Guru Singh Sabha, the Sikh temple in Bangkok. Thailand has a small but influential Sikh community. Sikhs started coming to Thailand, then Siam, in the 1890s. There are now several thousand Thai-Indian Sikh families. Gurdwara Siri Guru Singh Sabha was established in 1913. Construction of the current building, adjacent to the original Gurdwara ("Gateway to the Guru"), started in 1979 and was finished in 1981. The Sikh community serves a daily free vegetarian meal at the Gurdwara that is available to people of any faith and background. PHOTO BY JACK KURTZ 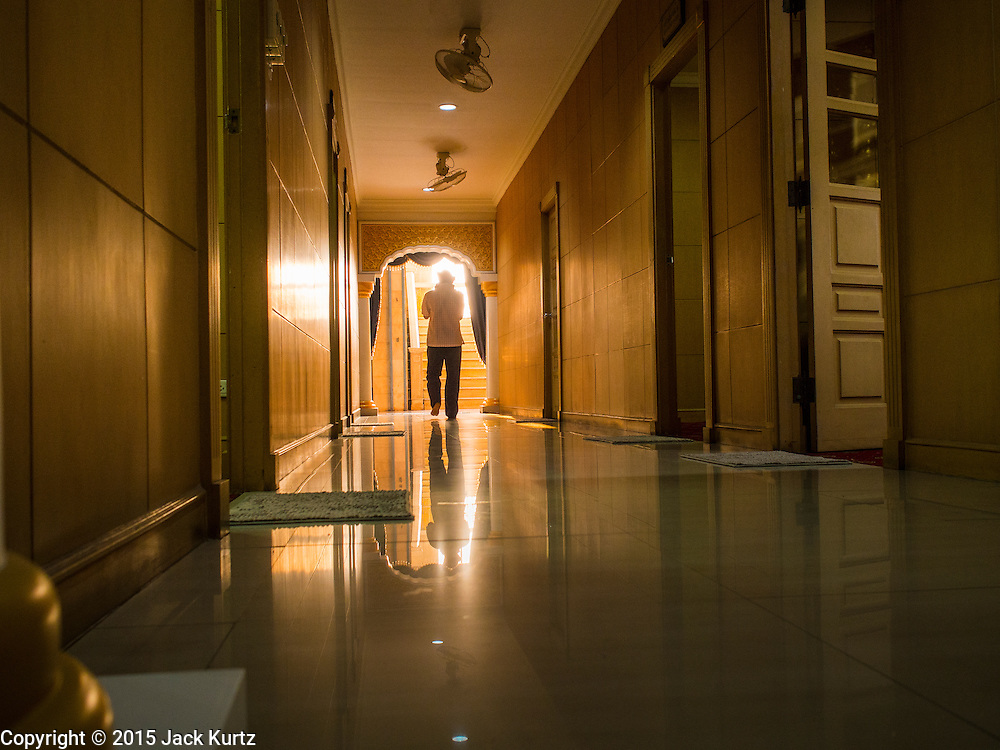