Mar 31, 2010 - BANGKOK, THAILAND: A man on Sukhumvit Road in Bangkok wears a breathing mask because of the pollution at street level. Bangkok residents in 2007 produced as much carbon dioxide as New Yorkers and surpassed Londoners' emissions by 1.2 tons per capita, according to a United Nations sponsored report. Residents in Bangkok and New York each emitted 7.1 tons of the greenhouse gas in 2007 while London residents emitted 5.9 tons, according to a report compiled by the Bangkok government and the Green Leaf Foundation, a Bangkok-based environmental group, with support from the United Nations. Bangkok's transportation, electricity generation and solid wastewater treatment produced 90 per cent of the Thai capital's carbon dioxide with the transport sector alone accounting for almost 38 per cent of the annual total, the report said. PHOTO BY JACK KURTZ 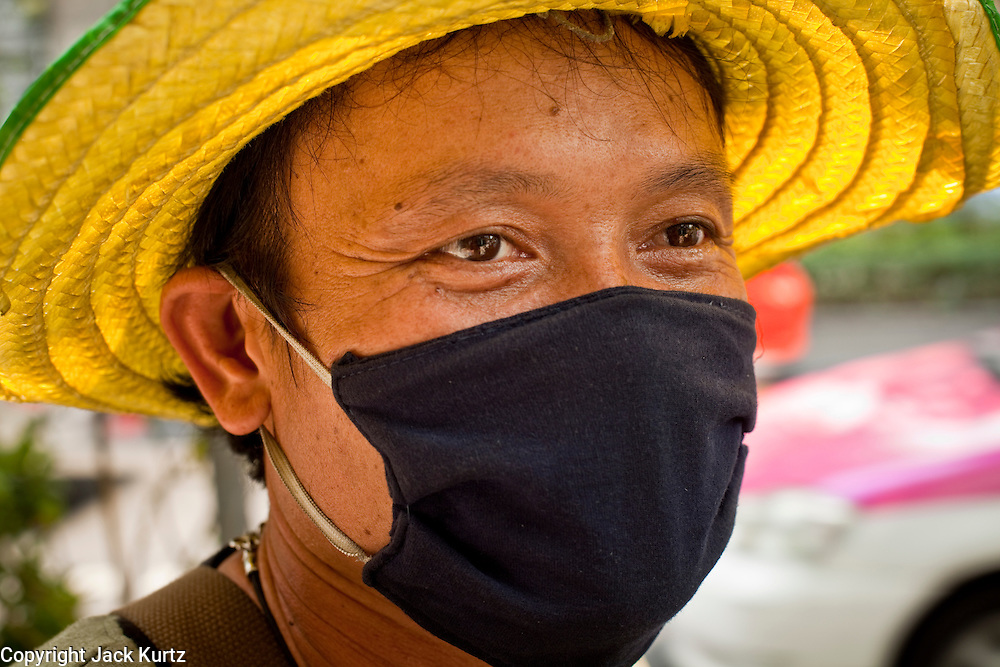