16 MARCH 2019 - BLOOMINGTON, MINNESOTA, USA: Congresswoman ILHAM OMAR (D-MN) (center) talks to other Minnesota politicians at Dar al Farooq Center in Bloomington. She is the first Somali-American elected to congress. An interdenominational crowd of about 1,000 people came to the center to protest white supremacy and religious intolerance and to support Muslims in New Zealand who were massacred by a white supremacist Friday. The Twin Cities has a large Muslim community following decades of Somali immigration to Minnesota. There are about 45,000 people of Somali descent in the Twin Cities. PHOTO BY JACK KURTZ 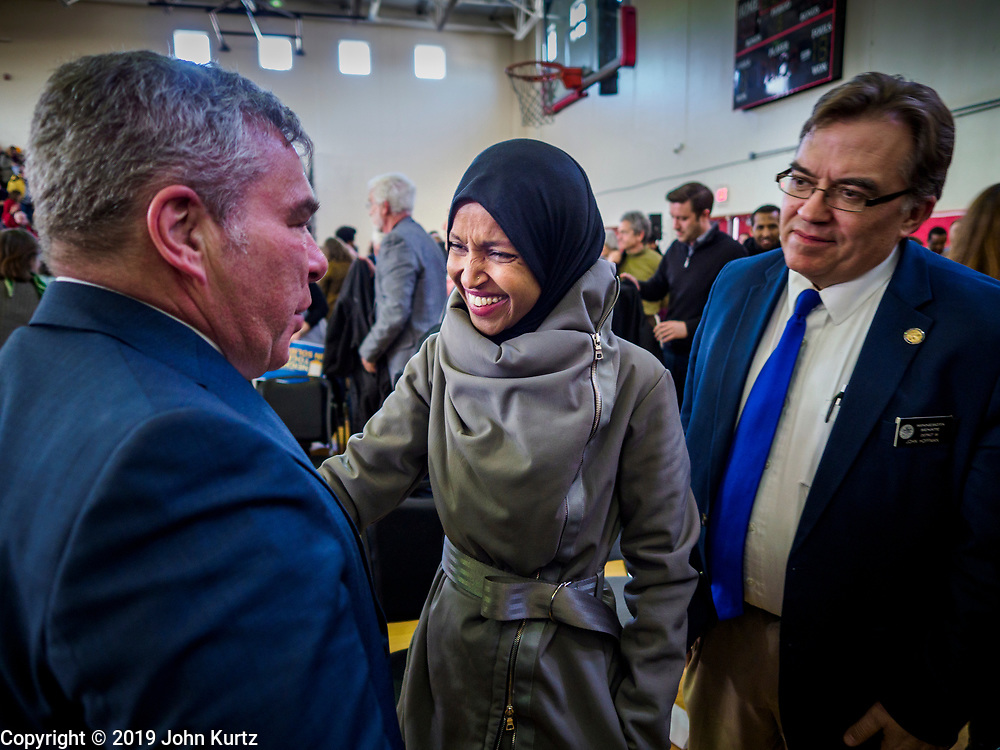