18 MAY 2014 - BANGKOK, THAILAND: SUTHEP THAUGSUBAN greets representatives of state enterprises at the beginning of a meeting he called at Government House in Bangkok. Suthep called representatives state enterprises to a meeting at his office in Government House, normally the office of the Prime Minister, to make assignments for the coming week. Suthep has pledged to overthrow the government of interim caretaker Prime Minister Niwatthamrong Boonsongphaisan, a member of former Prime Minister Yingluck Shinawatra's inner circle. Niwatthamrong became PM after the courts ousted Yingluck. Suthep has pledged to remove the Shinawatra family from Thai politics by May 27 or he will turn himself into police to face prosecution. PHOTO BY JACK KURTZ 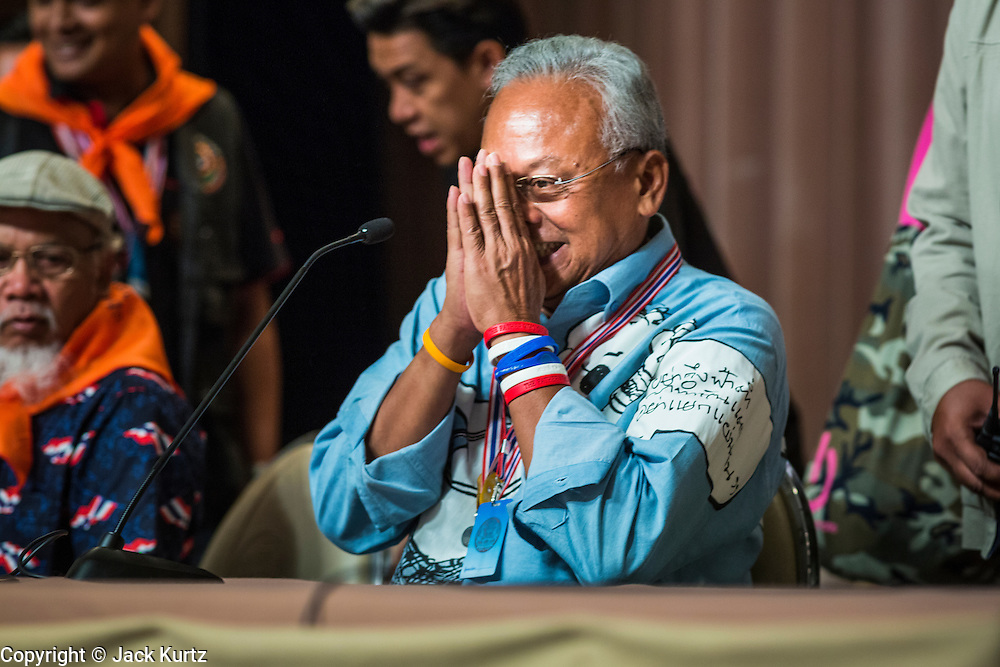