18 JUNE 2012 - PHOENIX, AZ: PETRA FALCONE (left), from PAZ, checks her smart phone during a prayer to see if the US Supreme Court ruled on SB1070 Monday. About 20 people, members of the immigrant rights' group Promise AZ (PAZ) held a prayer vigil at the Arizona State Capitol in Phoenix Monday praying that the US Supreme Court would overturn SB 1070, Arizona's controversial anti-immigrant law. The court's ruling had been expected Monday, June 18 but the the court said the ruling would not come out until later this month. Members of PAZ said they would continue their vigil until the ruling was issued. PHOTO BY JACK KURTZ 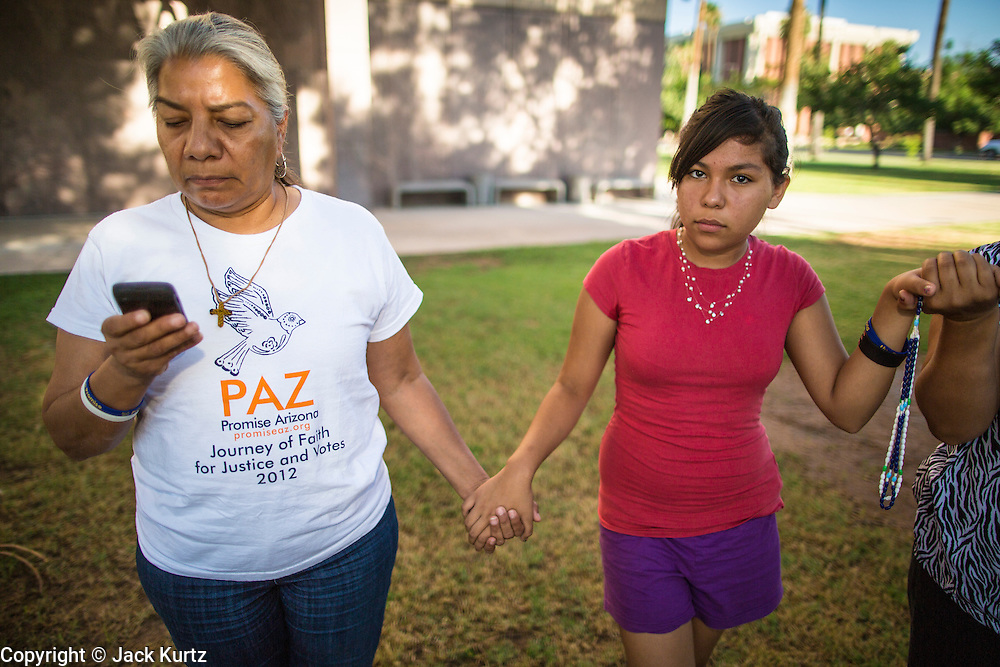