01 JULY 2006 - PHNOM PENH, CAMBODIA: Train drivers put together a bamboo train in central Cambodia. The "bamboo trains" run along the government tracks in rural Cambodia. Bamboo mats are fitted over wheels which ride on the rails. The contraption is powered by a either a motorcycle or lawn mower engine. When two bamboo trains meet, the lighter train is taken apart to allow the heavier one to pass. Both drivers take apart and put together the train. The Cambodian government would like to get rid of the bamboo trains, but with only passenger train in the country, that runs only one day a week, the bamboo trains meet a need the government trains do not. While much of Cambodia's infrastructure has been rebuilt since the wars which tore the country apart in the late 1980s, the train system is still in disrepair. There is now only one passenger train in the country. It runs from Phnom Penh to the provincial capitol Battambang and it runs only one day a week. It takes 12 hours to complete the 190 mile journey. Photo by Jack Kurtz / ZUMA Press 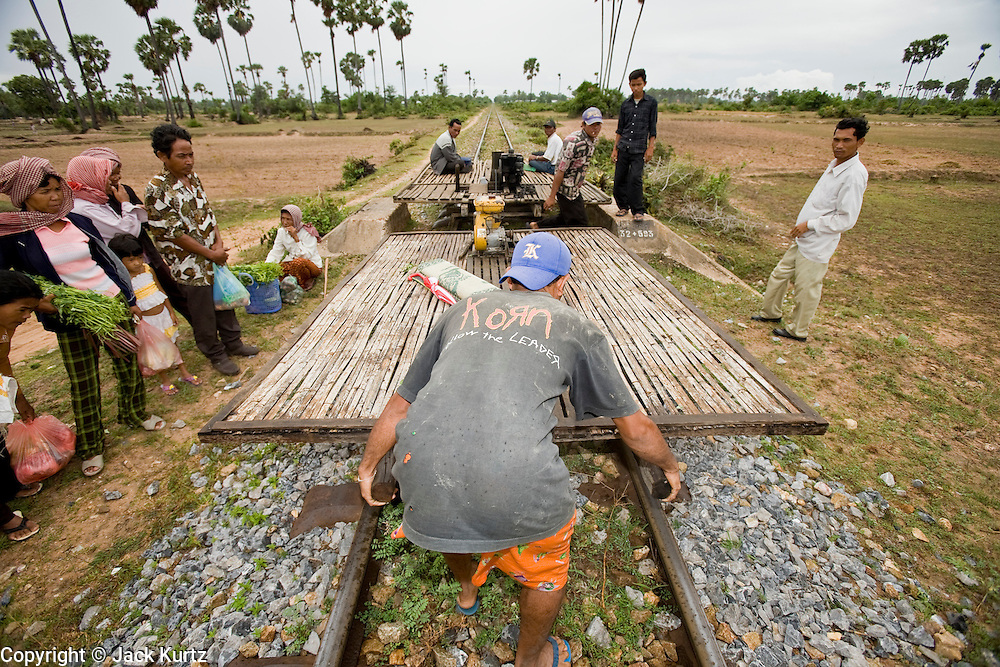