09 JANUARY 2007 - GRANADA, NICARAGUA: A horse cart used as a taxi in Granada, Nicaragua. Granada, founded in 1524, is one of the oldest cities in the Americas. Granada was relatively untouched by either the Nicaraguan revolution or the Contra War, so its colonial architecture survived relatively unscathed. It has emerged as the heart of Nicaragua's tourism revival. Nicaragua is one of the poorest countries in the Americas and many people still horse carts for transportation. PHOTO BY JACK KURTZ 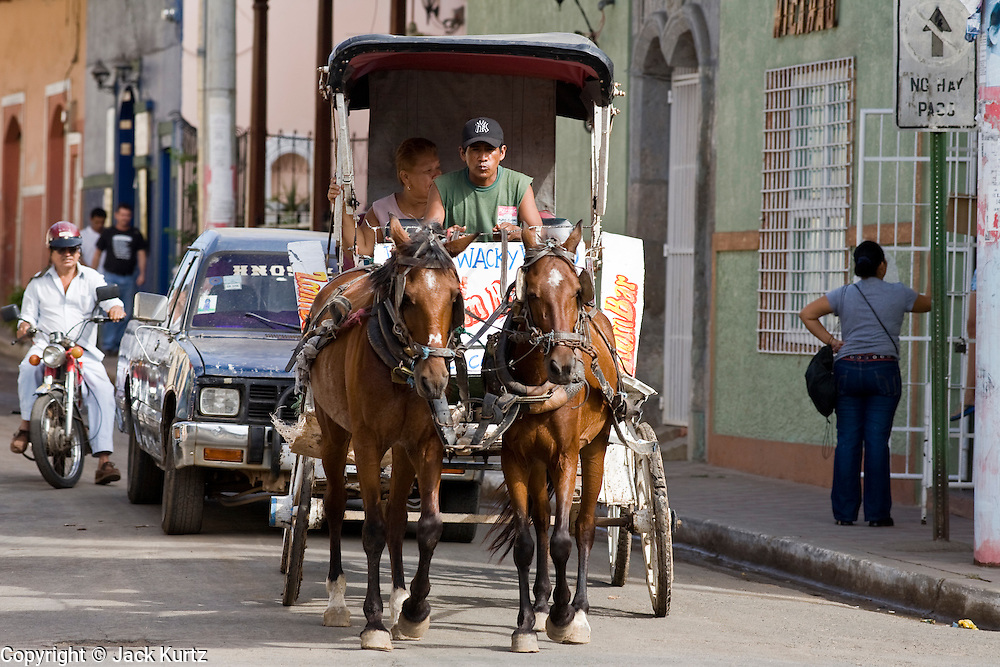