Oct. 7, 2009 -- BANGKOK, THAILAND: "Ladyboys" wave at spectators and try to entice them into providing tips after a performance at the Mambo Cabaret in Bangkok, Thailand. The performers also sometimes date the male customers of the cabaret. The performers at the Mambo Cabaret in Bangkok, Thailand are all "Ladyboys," or kathoeys in Thai. Recognized as a third gender, between male and female, they are born biologically male but live their lives as women. Many kathoey realize they are third gender in their early teens, some only as old 12 or 13. Kathoeys frequently undergo gender reassignment surgery to become women. Being a kathoey in Thailand does not carry the same negative connotation that being a transgendered person in the West does. A number of prominent Thai entertainers are kathoeys. Photo by Jack Kurtz / ZUMA Press 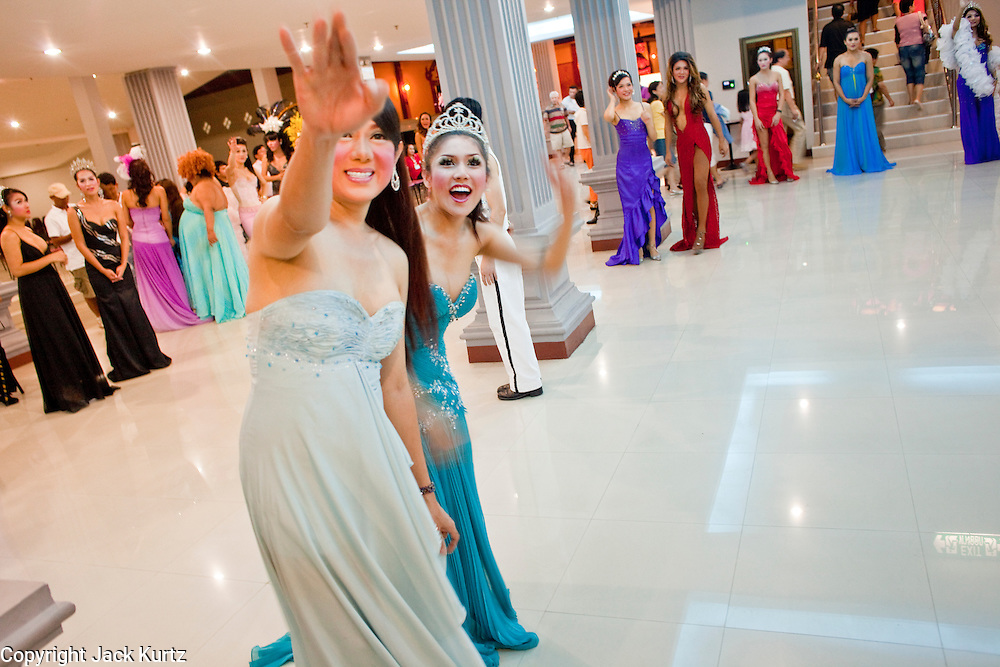