09 JUNE 2018 - IMJINGAK, PAJU, SOUTH KOREA: A South Korean lookout at the foot of the "Freedom Bridge" from the South Korean side of the Korean DMZ in Imjingak. The bridge, now closed, is called the Freedom Bridge because it is the bridge POWs returning to the South crossed when they were releases by North Korea after the cease fire was signed. The Bridge could be reopened for train traffic if a peace treaty is signed with North Korea. Imjingak is a park and greenspace in South Korea that is farthest north most people can go without military authorization. The park is on the south bank of Imjin River, which separates South Korea from North Korea and is close the industrial park in Kaesong, North Korea that South and North Korea have jointly operated. PHOTO BY JACK KURTZ 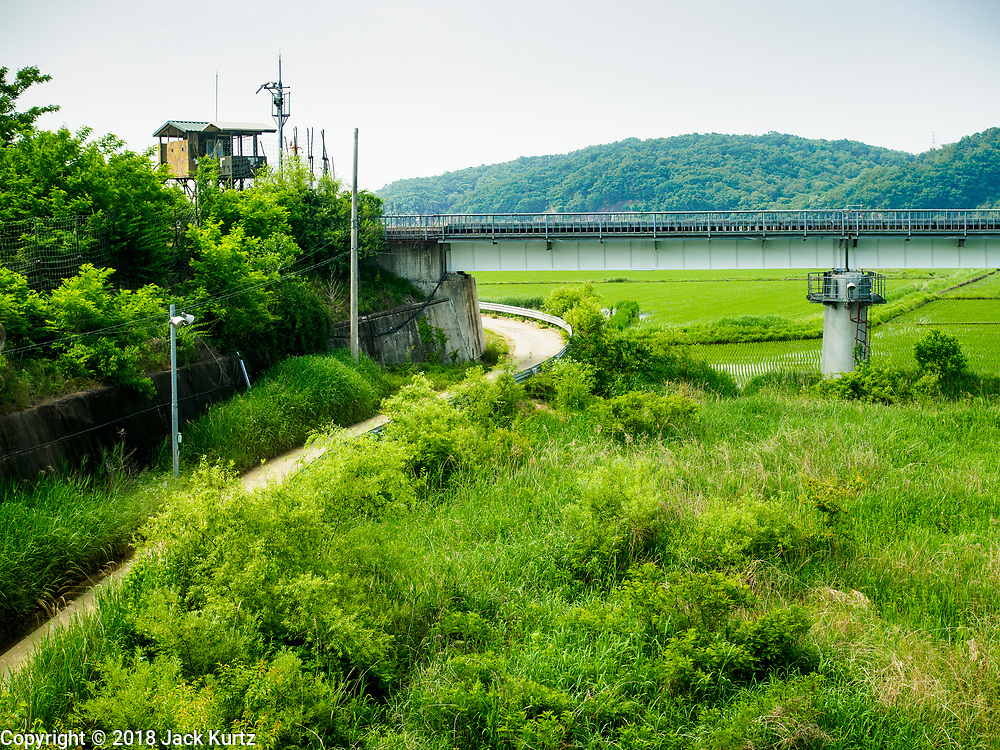