10 SEPTEMBER 2004 - WINDOW ROCK, AZ: Native American veterans of the US military perform a gourd dance during the 58th annual Navajo Nation Fair in Window Rock, AZ. The Navajo Nation Fair is the largest annual event in Window Rock, the capitol of the Navajo Nation, the largest Indian reservation in the US. The Navajo Nation Fair is one of the largest Native American events in the United States and features traditional Navajo events, like fry bread making contests, pow-wows and an all Indian rodeo. Gourd dances originated amongst the Indian tribes in Oklahoma to honor those that served in the US military. They have since spread to almost every tribe in the country and are generally the first dance at a pow-wow. PHOTO BY JACK KURTZ 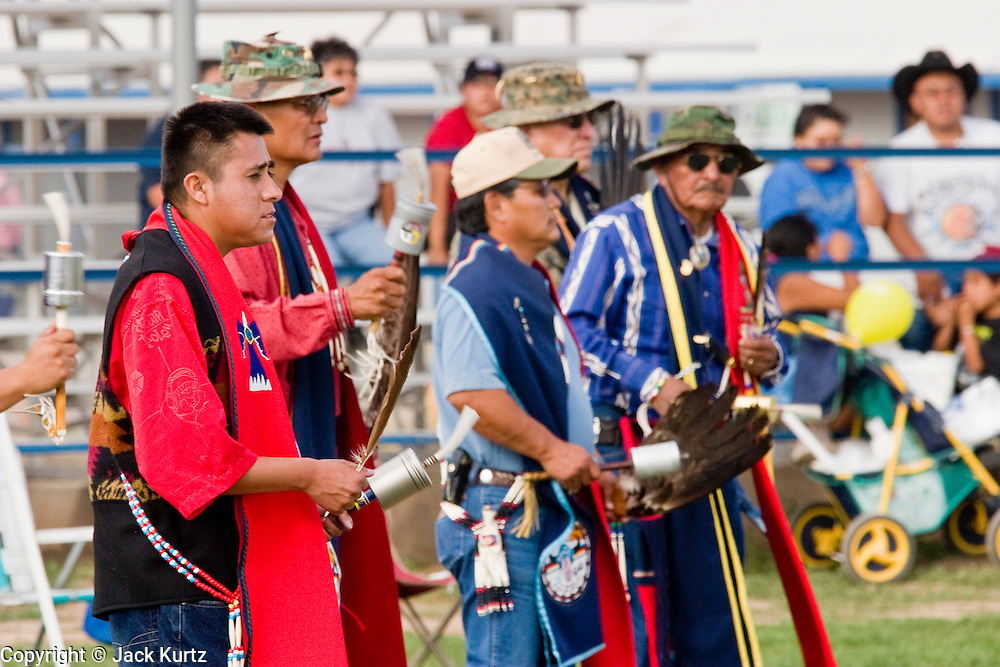