06 DECEMBER 2007 -- PHOENIX, AZ: A Northwest Airlines plane comes in for a landing at Sky Harbor Airport. Sky Harbor International Airport is on the edge of downtown Phoenix, in the middle of the Phoenix metropolitan area. It is one of the largest airports in the country with more than 1,400 flights daily. The airport's proximity to downtown though, less than five miles from the city center, is both a blessing and a curse. It takes about 15 minutes to get to the airport from downtown, but a proposed 510 foot tall building proposed in downtown, near the airport flight path, has raised safety concerns. The Federal Aviation Administration wants the development capped at 355 feet. Similar concerns about a proposed football stadium in Tempe, which borders the east side of the airport, scuttled that project and led to the stadium being built in Glendale, about 30 miles from the airport. PHOTO BY JACK KURTZ 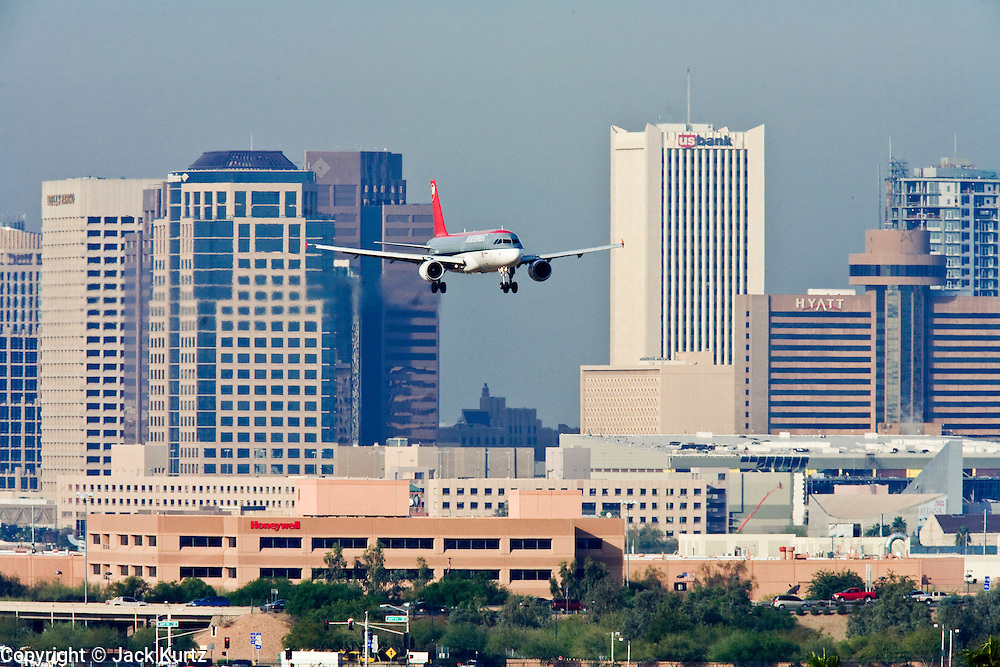