19 JULY 2013 - BANGKOK, THAILAND: A Thai man looks at photos hanging in a photo exhibit in CentralWorld in Bangkok. The US Embassy in Bangkok sponsored the photo exhibit, which celebrates 180 years of US-Thai diplomatic relations. There are 180 photos hanging in the show, 90 by American photographers in Thailand and 90 by Thai photographers in the United States. The show, which opened July 19, is hanging in CentralWorld, a large mall in Bangkok, and is touring Thailand when it concludes its Bangkok run on July 21. PHOTO BY JACK KURTZ 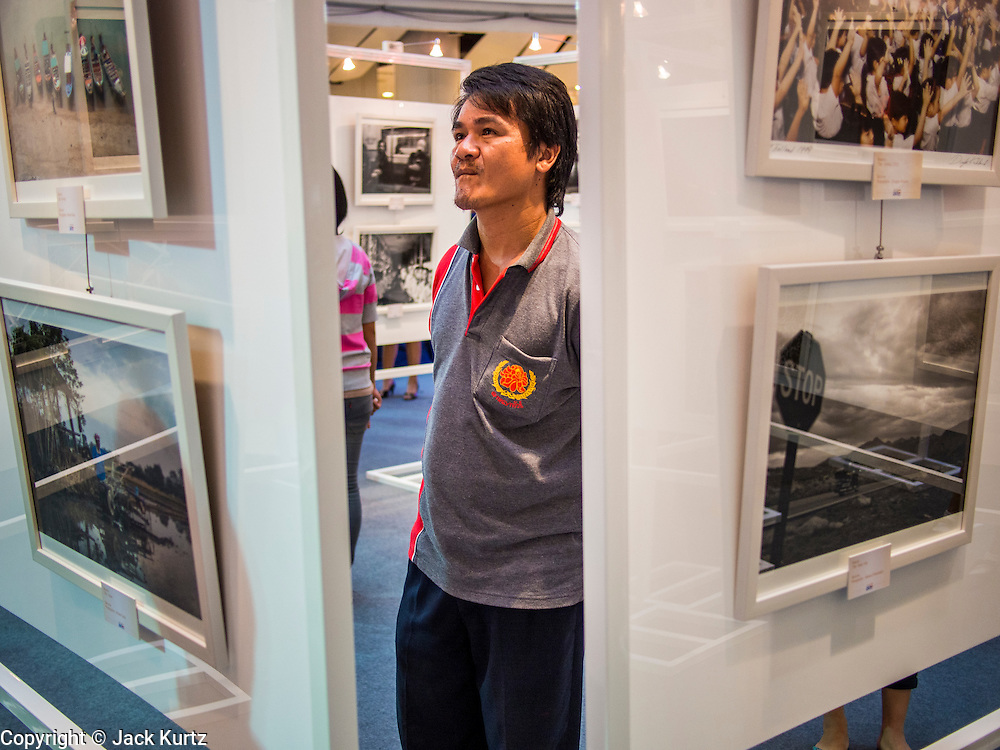