14 JUNE 2015 - NARATHIWAT, NARATHIWAT, THAILAND: A Thai Muslim student in a pickup truck before leaving a food distribution in Narathiwat. The food distribution is done every year before Ramadan, which starts June 18. The annual food distribution event is organized by the Southern Peace Media Club, a group of Thai journalists who work in the southern provinces of Pattani, Narathiwat and Yala. An insurgency pitting Muslim extremists against the Thai government has rocked Thailand's southern three provinces since 2001. More than 6,000 people have been killed in the sectarian violence. PHOTO BY JACK KURTZ 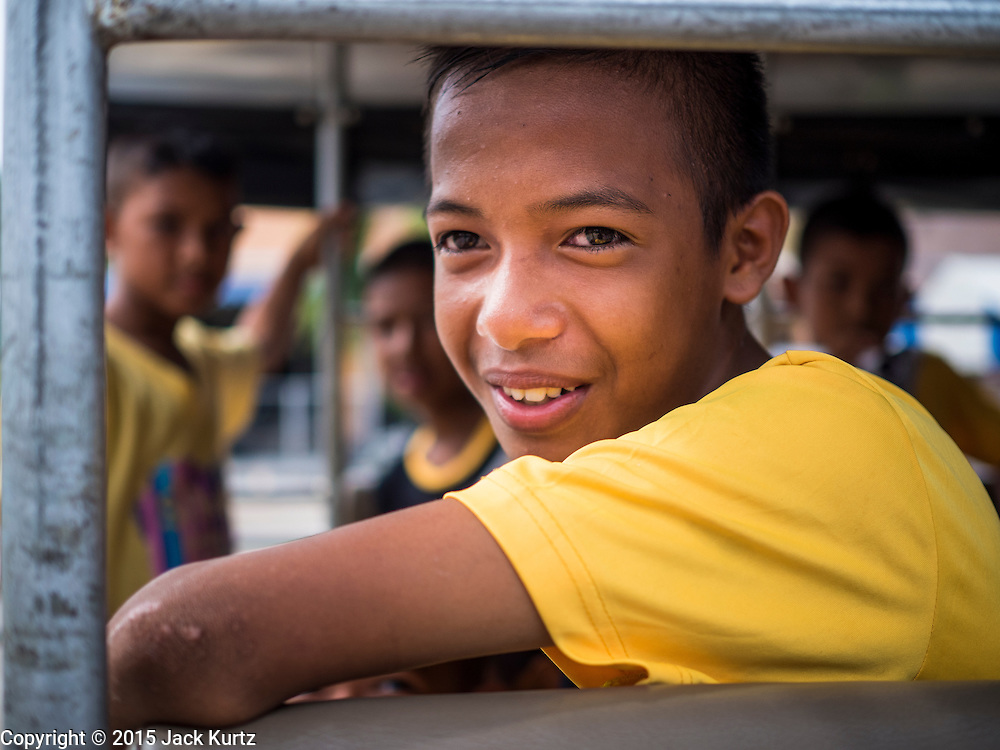