21 AUGUST 2012 - PHOENIX, AZ: JOHN J. BOUMA, chairman of Snell and Wilmer, the firm defending Arizona in the ongoing lawsuits surrounding SB 1070, talks to a reporter from UNIVISION while he walks past protesters after a hearing in Phoenix Wednesday. A handful of protesters waited outside the Sandra Day O'Connor Courthouse in Phoenix Wednesday while lawyers from the American Civil Liberties Union (ACLU) and Mexican American Legal Defense and Education Fund (MALDEF) sparred with lawyers from Maricopa County and the State of Arizona over the constitutionality of section 2B of SB 1070, Arizona's tough anti-immigrant law. Most of the law was struck down by the US Supreme Court in June, but the Justices let section 2B stand pending further review. The suit is being heard in District Judge Susan Bolton's court. It was Judge Bolton who originally struck down SB 1070 in 2010. A ruling is expected later in the year. PHOTO BY JACK KURTZ 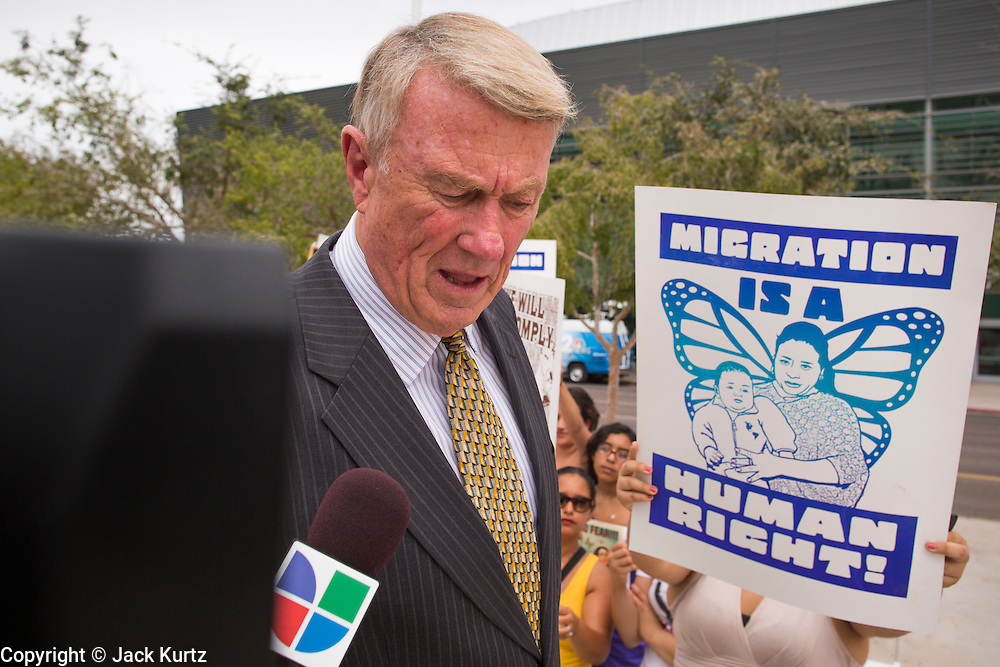