11 OCTOBER 2015 - BANGKOK, THAILAND: A man who repairs replica guns works on a pistol in his shop in Saphan Lek on what Bangkok city officials is saying was the last full day of business in the market. Many shops in the market are already closed. Street vendors and illegal market vendors in the Saphan Lek area will be removed in the next two weeks as a part of an urban renewal project coordinated by the Bangkok Metropolitan Administration. About 500 vendors along Damrongsathit Bridge, popularly known as Saphan Lek, have until Monday, October 11, to relocate. Vendors who don't move will be evicted. Saphan Lek is one of several markets and street vending areas being closed in Bangkok this year. The market is known for toy and replica guns, bootleg and pirated DVDs and CDs and electronic toys. PHOTO BY JACK KURTZ 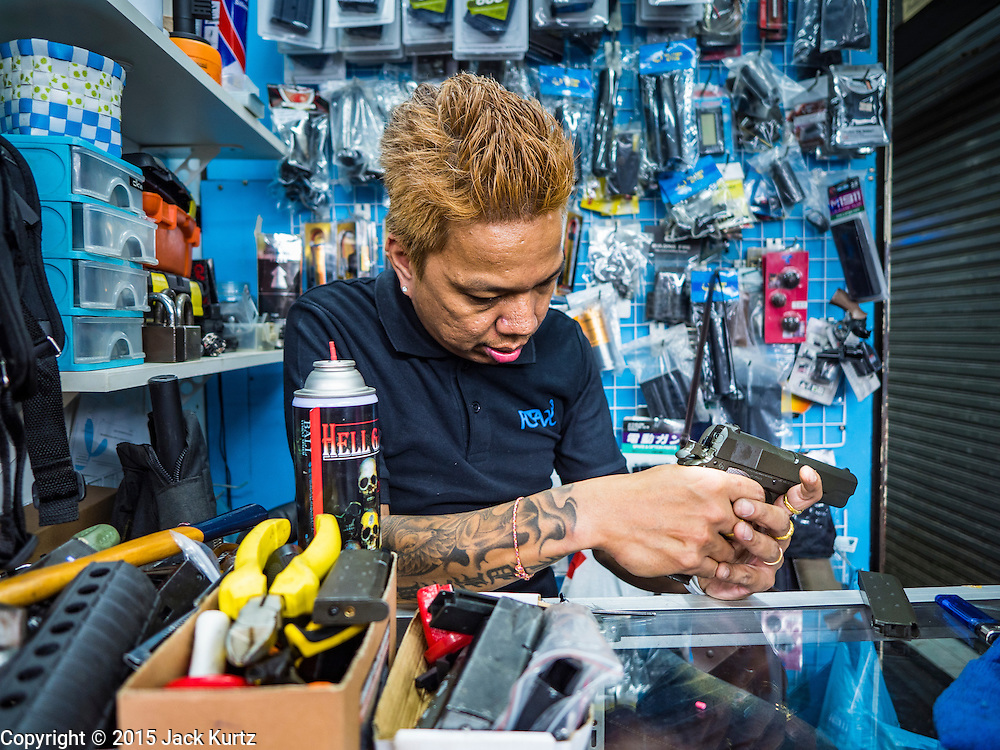