05 OCTOBER 2013 - PHOENIX, ARIZONA: A woman supporting immigration reform wore a drivers license during a march in Phoenix. The drivers license was directed to Arizona Governor Jan Brewer who will not allow undocumented immigrants to drive in Arizona. More than 1,000 people marched through downtown Phoenix Saturday to demonstrate for the DREAM Act and immigration reform. It was a part of the National Day of Dignity and Respect organized by the Action Network. PHOTO BY JACK KURTZ 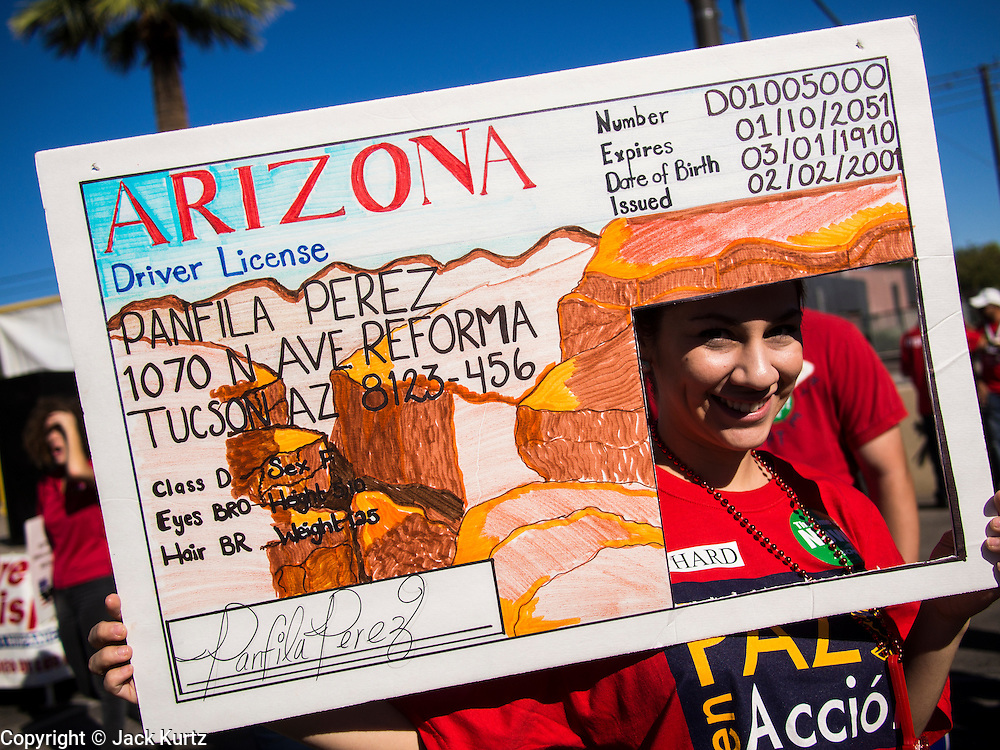