Nov. 9, 2009 -- PHOENIX, AZ: JIM McLAUGHLIN, President of UFCW Local 99 talks to reporters to a press conference in the union's offices in Phoenix Monday. McLaughlin said at this point he expects the union will strike against Fry's and Safeway grocery stores in the Phoenix area. Members of the United Food and Commercial Workers Union (UFCW) Local 99, based in Phoenix, AZ, is expected to go on strike against Fry's and Safeway grocery stores in Arizona on Friday, Nov. 13. The key sticking point in negotiations, which have broken down, is health care. Currently union members get health coverage for free, the grocery chains want to charge $5.00 per month. The stores have started hiring non-union replacement workers In anticipation of the strike. Unemployment in Arizona is around 10 percent and many union members have now come out against a strike fearing they could lose their jobs. Photo by Jack Kurtz 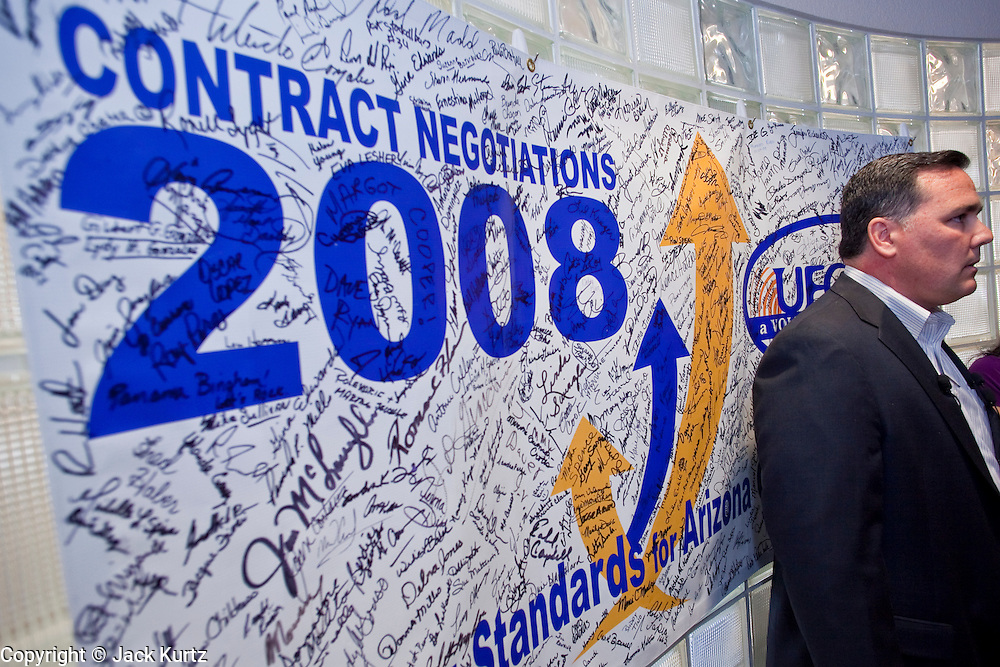