02 AUGUST 2013 - KOH SAMET, RAYONG, THAILAND: Workers push each other down Ao Prao beach in a cart normally used to move equipment up and down the beach while they worked to clean an oil spill on Koh Samet island. About 50,000 liters of crude oil poured out of a pipeline in the Gulf of Thailand over the weekend authorities said. The oil made landfall on the white sand beaches of Ao Prao, on Koh Samet, a popular tourist destination in Rayong province about 2.5 hours southeast of Bangkok. Workers from PTT Global, owner of the pipeline, up to 500 Thai military personnel and volunteers are cleaning up the beaches. Tourists staying near the spill, which fouled Ao Prao beach, were evacuated to hotels on the east side of the island, which was not impacted by the spill. Officials have not said when Ao Prao beach would reopen. PTT Global Chemical Pcl is part of state-controlled PTT Pcl, Thailand's biggest energy firm. PHOTO BY JACK KURTZ 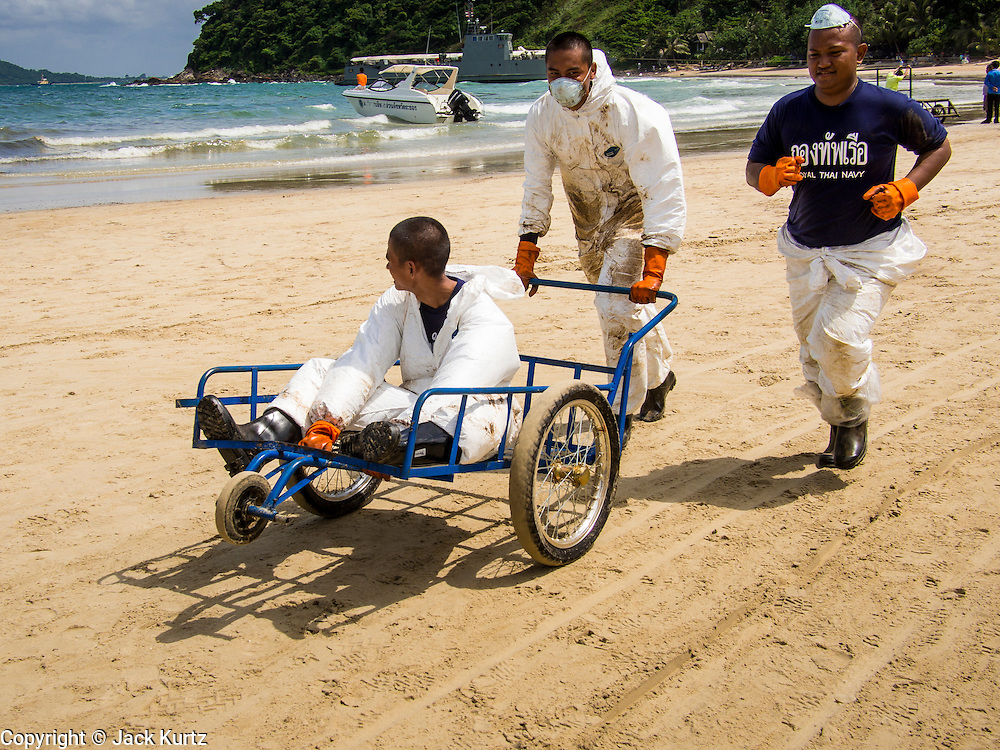